Twenty-eight-year-old Bangalorean Pawan Kumar’s inspiring journey began, when he quit his engineering degree from PESIT college, around 2000 to follow his passion for theatre and cinema. By 2003, he had set up his own theatre company ACTor Productions.

In 2009, director Yograj Bhat released Manasaare to commercial success and critical acclaim within the Kannada film fraternity. But even as the film-makers, including Yograj and screenplay writer Pawan Kumar, travelled through urban and rural Karnataka observing the response to their film, they noticed a curious dichotomy. This in fact formed the basis of their next film. 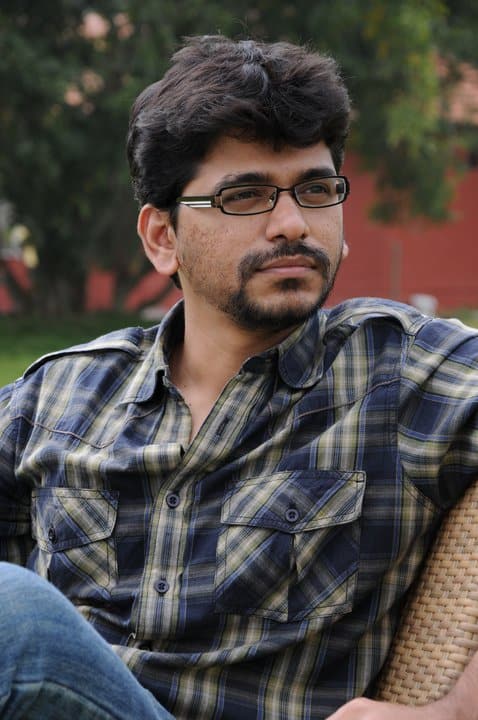 Writing on his blog, Pawan recounts, "Post Manasaare I was constantly thinking of how to recreate that experience again. But it was not as easy as it appeared. Manasaare had an over dose of intellectuality. After meeting the audience outside Bangalore who in fact are the majority of our audience, I felt that we should tone down our scripts, that our next movie should be more entertaining than thought provoking. It is with this hangover that Yograj and I started working on our new film."

But the story behind the making of their film, the hugely successful Pancharangi does not end there. Imagine the creation of a film that begins first with the constructing of a screenplay with 16 characters. The plot then organically takes form from the compulsions and dilemmas of these carefully sketched true to life people. This is in fact the story of the beginning of Pancharangi, a film that has often been celebrated for its wonderful characterisation.

Looking back, where did your involvement in film-making begin?

I was a theatre guy. Thats what I started with! I love doing theatre and I dreamt of being a great actor. All I wanted to do was act day and night. I was addicted to that feeling. But nobody would cast me. So that led me to becoming a director so that I could direct myself and act on stage.

But theatre couldn’t sustain me for long. My need to tell more stories and to tell them in complex structures and also get them to be heard by more and more people was not being satisfied by theatre. I started watching films and I liked how they could involve a viewer and make him emote. I also liked the fact that it could reach anybody. So I figured that by being a film maker I could tell my stories better, I could reach more people and I could still make a living out of what I loved doing – to creatively express my feelings and disturbances through stories and characters.

Thus began the journey of film making. Short films, corporate films, stupid experiments on the editing software, screenplay trials…all these over 5 years has finally led me to work on my own feature film! Yes it took 5 years to get here…I am glad I had the patience to wait this long!

Where did the idea for Pancharangi start and then develop?

For many months post Manasaare a lot of scripts were written and lots of ideas were toyed around with. Some of them were not even personal to us. The desperation to make a movie soon and make some money led us in the wrong path, and for that precise reason none of them materialized. After rejecting about 20+ ideas, we went back to the basic question! What matters to us?

Many events that were happening in my life and in that of Yograj’s was to do with following customs and family ordeals. We both hated doing those things because it made no sense to us. We are very practical people, and we both know how wrong it is to be too practical because it was making us less emotional and thus less human. While discussing these attitudes about each other and laughing about it, Jayant Kaikini joined our useless talk and brought in the word ‘community’. He simply said that a film that has a community to show is very enjoyable to watch. That triggered the thought.

Soon we found ourselves working on a script that had a small community of people representing a typical family structure in our surroundings. Then we gave the protagonist all our disturbances. We put these characters in a situation where they all had to come together and then we just let them play it out. Pancharangi was developed this way. Unlike Manasaare, there was no one line story which was expanded into a script. The thought was to put a few interesting characters with extreme traits in one situation and see how they bounce of each other and how they react to each others actions. Scenes developed one after the other in real time. There were endless possibilities. We then put a direction to that and used the scenes that took us in a certain direction. All this together creating a story like structure. This is the reason why the audience feel the story is a subtext in the film!

Any difficult moments of film-making?

There are many, but all is forgotten after the first show. None of those feel important at all! The only thing I dread in making a film is the doubt one would be in while saying ‘action’. It is a scary situation when we are shooting. Our mind constantly challenges our intelligence by posing the question – "do you really think this is entertaining?" It is extremely difficult to hide those fears, put on a confident face and roam around on the sets as though we really know what we are doing. For me personally, that is the most difficult part in film-making! If only there was a formula that one could use and know for sure that what we are doing works 100 percent! Any amount of technology can come into film-making, but there will be no solution to this problem. Ever!

In both the movies, the female leads were made into more sensible characters. The male lead was in doubt and made mistakes, and the girl would help him out of the mess.

Manasaare had a more optimistic protagonist, where as Pancharangi had a pessimistic protagonist. In Manasaare we tried saying – ‘forget what the world thinks of you, just be and do what u feel like’ and in Pancharangi we tried saying – ‘life is made of all sorts of people who do all sorts of things, instead of complaining and ridiculing them, it is more fun to accept them and enjoy them.

What are some of the highs that stand out?

I never thought that the film would be so entertaining to the audience. I didn’t know that the humor would work so well or that the subtext of the film will be so easily understood. Most of the viewers actually got everything we were trying to tell them and they didn’t spoil their experience by looking for things that didn’t exist in the film. The high for me was that all these concepts and philosophies that we had packed into the film were understood, that people started thinking about it and started laughing at their own lives and yet still felt positive.

How do you feel now that you are looking at the completed film… Is it complete satisfaction or are there things you feel you would have liked to do better?

I wish I could make the film more emotional. I want it to get more personal. It became entertaining and thought provoking, but it didn’t become emotional! I have been wondering since the time it has released as to what is that we could have added that would have made it a film with more emotions!

Has the audience response to the film met your expectations?

Beyond expectations! I was thinking they will rip it apart and reject it. But then that’s how I feel about all my work!!!

Moving ahead, what are some of the projects that we can expect from you in the future?

I have finally gathered enough courage to face the audience! I am making a film called Lifeu Ishtene! I am playing my age, not pushing in too much philosophy or anything like that. I simply want to make the audience feel very good about their lives and be happy with everything they have done so far. That’s the response I am hoping to get from the audience after watching the film! I work on one project at a time, and therefore at this point of my life, all I can say is  – Lifeu ishtene!

(Read more of Pawan’s musings on cinema on his blog http://pawantheactor.com)

The recent declaration of BBMP to retain SAS values for tax calculation and not increasing the rate has come has a sigh of relief to the tax payers.

The travails of a driver on Mysore Road

Planning a trip out of Bangalore via Mysore road? Look out for the expandable gates and for cops who will fine you if you are driving over the speed limit.