Samarthanam Trust for the Disabled, is a well known NGO based in south Bangalore which supports the physically and visually challenged through various initiatives and programmes. Lesser known is the Trust’s involvement and promotion of games like cricket and chess for the differently abled.

In end September 2010, Citizen Matters had a telephonic conversation with Chandrashekar K N who heads the sports desk at Samarthanam. A former blind cricketer (as he called himself) this enthusiastic thirty year old was the first student at Samarthanam when it was founded in 1997. He has been with the organization since then. Chandrasekhar has a diploma in Special Education. The Sarjapur Road resident, originally from Kanakapura has been in Bangalore for over two decades now. 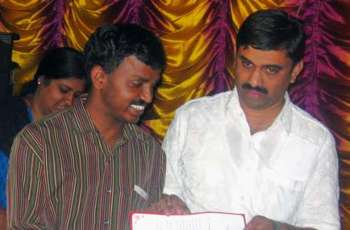 Here are some insights that Chandrashekar provided about cricket and chess for the visually challenged.

When and how did the idea of cricket and chess for the visually challenged emerge in India?

Visually challenged people in India learnt about cricket primarily through radio commentaries. They began to play the game by replacing the ball with an empty tin and using a stick as a bat. This was necessary for the audio clues essential to play the game. An ordinary cricket ball does not generate the sound required for a visually challenged person to understand its location.

What was Samarthanam’s role in establishing or building the cricket and chess teams in Karnataka and/or India?

David and Naik launched chess for the blind at Samarthanam a few years ago.

Apart from encouraging/supporting participants, does Samarthanam provide for services like coaching, etc.? Who coaches the team(s) and where?

Oh yes. We have been providing coaching to the state and national cricket teams through many camps in various parts of Karnataka and India. The cricket coaches comprise retired visually challenged cricketers like John David. Srinivasulu, the head coach is not visually challenged. Both of them have been working at Samarthanam for many years. Former national and state level regular cricket players from Karnataka such as Dodda Ganesh and Vijay Bharadwaj have come as coaches on an invitational basis, periodically.

Are any of the umpires, scorer/statistician, commentators, field staff or any of the officials differently abled? How about the team management or the support persons like the physiotherapist, trainer, etc.?

Umpires are usually from the mainstream while commentators and field staff can be visually or physically challenged. Similarly, the team manager, coach and support staff members such as the physical trainer may or may not be visually challenged.

As per the Score Foundation, cricket for the visually challenged in India gained prominence in 1990 when George Abraham spotted a group of boys at the National Institute for the Visually Handicapped (NIVH) in Dehradun playing the game enthusiastically with a plastic ball containing metal bearings.

How is Samarthanam contributing to the growth of the games now?

Between three and five members from Samarthanam have regularly been playing for the Indian team. The organization also has a say in the selection of the national team and its administration. It also identifies new talent and encourages them.

Samarthanam has also been conducting annual chess championships. The national chess tourney that it hosted in Bangalore in 2009 attracted 176 keen participants.

Do the players play cricket professionally full-time or do they do it for therapy or as a hobby?

The players participate out of love for the sport and are not paid anything. They are usually employed elsewhere and are granted leave during competitions. Of course, playing enhances their physical fitness, leadership skills and confidence. Travelling exposes them to new languages and cultures. Mahesh and Prakash who play for the Indian cricket team are examples of those who have benefited and grown immensely.

At Samarthanam, we also find that the differently abled are motivated to participate in other sports consequent to the development of cricket and chess.

The Indian visually challenged cricket team has been fairly successful in international tours and tournaments. We won the recent four match one day international series against England 3-0 on its turf . 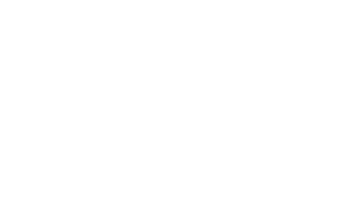 Does Samarthanam promote cricket, chess or any other games for visually and/or physically challenged women too? If yes, since when? If not, are there specific reasons?

We have been planning to initiate sports for visually and physically challenged women for a while. But it has not materialised yet partly because socio-culturally Indian women hesitate to venture into sports. However, we are keen to start this sometime.

What is the societal response – in watching, publicising, supporting/sponsoring tournaments, fund raising, et al? Is the government involved in these initiatives in any manner?

Although the corporate sector has sponsored some tournaments, the overall support and response from them and the general public is discouraging. The matches do not have many spectators.

Volunteers clear out 150 kg of waste while celebrating Turahalli Day

Webinar: Bengaluru’s wastewater is polluting the Cauvery; users too must pay true cost of water

Bengaluru’s untreated wastewater eventually enters the Cauvery river, which then reaches the city right back through its water supply network. A webinar looked at the problem and possible solutions.

A stress-free bus ride, but at a price

My Bus day journey today was definitely not very stressful, but it did consume double of my time and money.