A notorious gang of criminals conning Bengaluru women into giving up their jewellery since 1991 were caught recently. Police (Bangalore South) are now preparing chargesheets against the gang members. 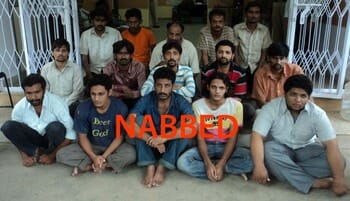 The gang used to steal jewellery from women, posing as policemen and promising to keep the jewellery safe. In Bangalore alone, there are 100 cases against the gang in 34 different police stations.

Ten of the gang were nabbed on September 12 while six others were arrested on October 3 by the special squad. The squad was constituted by Deputy Commissioner of Police (South Division) Sonia Narang and was headed by Assistant Commissioner of Police (Jayanagar sub-division) N Ramesh Chandra and JP Nagar Police Inspector S K Umesh.

"We got information that the group had gathered behind Lakshmi temple near Kiran Circle at Puttenahalli at night on September 12. We raided the place and arrested 10 men. Lethal weapons and fake police identity cards were seized," says Umesh. During the interrogation, police got details of six other members who worked with the group to sell the stolen jewellery. These members were arrested on October 3. A four wheeler and three two-wheelers were also seized from them.

Police say that the 10 of the gangsters who executed these thefts, are relatives. "They are a group of Irani Muslims from Maharashtra, and settled in Hubli, Dharwad and Hindupur," says Umesh. Of the 16 men caught this September ten of them are in their early 20s. Ten of them were part of the theft and the other six helped them dispose off the stolen goods.

The group has been active in the city since 1991. They operated in commercial areas such as Chikpet and Commercial Street earlier. Some members of the group would pose as police or CBI officials and identify those who buy expensive items. They would then accuse the person of carrying drugs and ask him to open the shopping bags. Just then 2-3 other members would divert the victim’s attention, giving the ‘police’ enough time to loot the materials and replace it with something else.

In Bangalore, the highest number of cases were reported in Vijayanagar police station (seven cases), followed by JP Nagar and Peenya (six cases each). Four cases each were reported in Madiwala, Banashankari and RT Nagar. The group used to operate in seven other districts in the state and even outside the state. Police from other states are now working with the Bangalore police, to solve their cases.

Around October 2008, the gang shifted their operations to middle-class residential areas all over the city. Posing as CBI officials, they would approach lone women walking on the road. They would ask women to hand over their jewellery for safekeeping, saying that some woman wearing jewellery was murdered in the area. They would then replace the jewellery.

Another method was to visit elderly women in their houses in the early mornings. The thieves would convince the woman that they were going to open a jewellery store and need her blessings. They would ask the woman to remove her mangalsutra, pretend to put it in a cover and give the cover along with a Rs 500 note, asking the woman to place it in the pooja room and pray for their success.

The thieves used to dispose the ornaments at Ranka Silver Refinery in Nagarathpet and to Harinath jewelers in Hindupur, Andhra Pradesh. 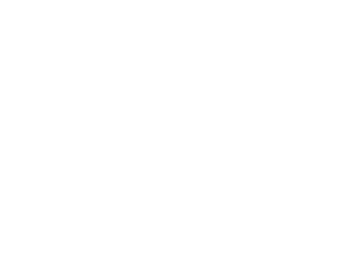 Deputy Commissioner of Police (South Division) Sonia narang says ""Ninety per cent of interrogation is over. Chargesheeting will be done soon. 2.5 kg of gold has been recovered and given to victims."

62-year-old Madamma, residing in Thippasandra, says, "Two bangles, one chain and three rings – altogether 86 gms of gold – were stolen. This happened two months back. I was standing in Banashankari bus stand when a police officer said that he will keep my ornaments safe. When I refused to give the ornaments, another man came and handed over his chain and asked me to do the same. Finally I gave the ornaments and the policeman fled with the jewellery on a two-wheeler. A case was registered at Banashankari police station. I had gone to JP Nagar police station to identify the criminals. Police has returned me the two bangles of 30 gms, the rest is yet to be retrieved."

Thripuramba: "I was cheated of 90 gms of gold by the thieves when I was standing near a temple. I filed a complaint with Channamanakere police station. I have got back bangles of 36 gms. I don’t know if I will get back the rest."

No similar cases of cheating have been reported in the city afterwards. However, police caution the public since 2-3 members of the gang are yet to be caught. ⊕

Thanks to the many PSUs in the city, Bangalore has plenty of self-sufficient townships that house employees in their verdant campuses.