Bengaluru observed the National Cerebral Palsy Day on October 3rd by organizing a walkathon of children living with cerebral palsy, their parents, doctors and rehabilitation professionals. The walkathon, flagged off by Governor HR Bharadwaj, started from Raj Bhavan and culminated at Rotary International Building.

Initiated by the Spastics Society and other NGOs working with differently abled children, the walkathom supporters and volunteers from across genres and ages. Social media played a major role in bringing these supporters together. I got to know about the walk through a friend’s tweet. It was a well organised, short walkathon for the special children. 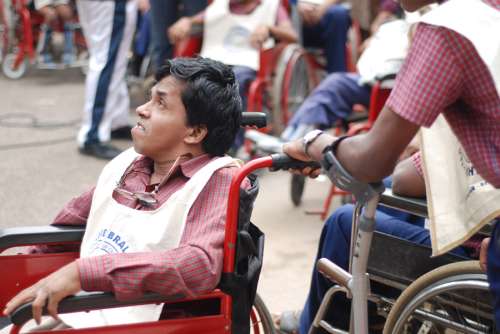 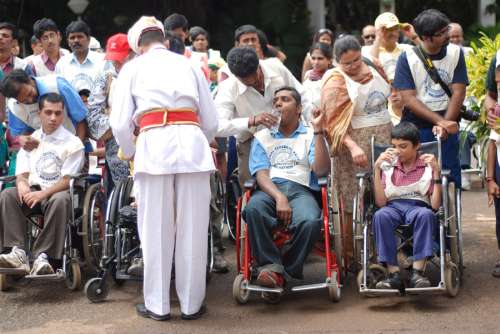 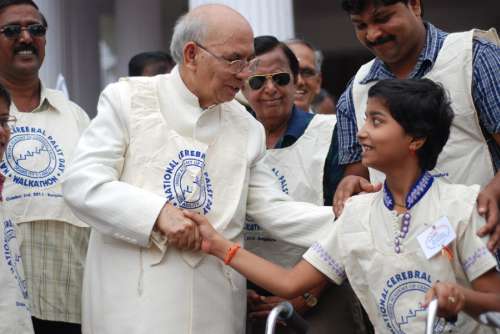 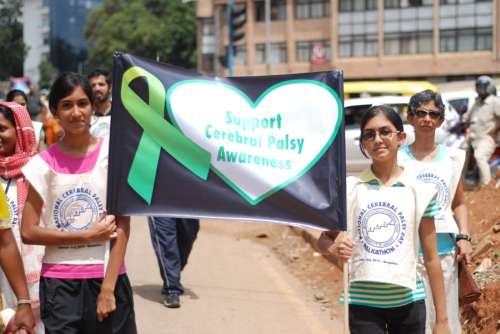 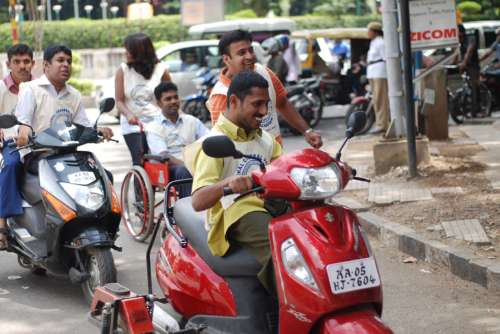 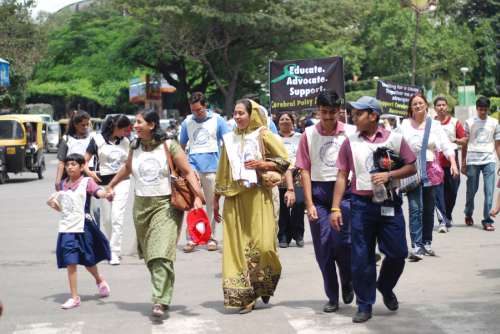 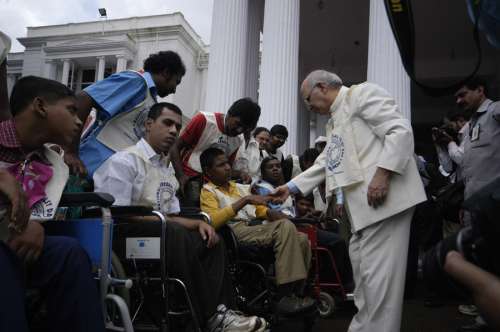 This is the first time Cerebral Palsy Day is observed in the country. The idea was put forth by the Indian Academy of Cerebral Palsy (IACP), Hyderabad, to spread awareness about the disorder. The theme for this year was ‘Demystifying Cerebral Palsy by action through Awareness & Advocacy’.

The incidence of cerebral palsy in India is up to three cases per 1000 live births, and over 25 lakh people are estimated to be suffering from it now. The disorder, which mainly occurs in children due to interference in brain development, causes difficulty in movement, speech and sometimes learning. Spastic cerebral palsy is the most common type, occurring in 70 to 80 percent of all cases.

A meeting was held after the walkathon, during which city doctors talked about prevention and remedies for Cerebral Palsy. Treatment should be started early on to help children overcome disabilities; a care model should be adopted instead of a cure model, doctors said. Physiotherapy, botox and multi-level orthopedic surgery are effective in treating the disorder, they said.

Public lobbying and social media campaign puts a stop to Bangalore’s copy of the La Tomatina festival to have been held at Palace Grounds tomorrow.

Given BBMP’s centralised COVID response hasn’t been quite effective, it has joined hands with civil society organisations for a booth-level system that will be driven by citizen volunteers. Citizens can register at the BLCARES website to volunteer.

S Raghu, BJP, won the 2008 Assembly elections from C V Raman Nagar by a large margin. Read reports on this two time MLA, performance and work done for his constituency