On September 7th 2010,  the Bangalore Mirror reported BDA Commissioner Bharat Lal Meena as saying that gated communities are illegal. Meena was reported saying every layout is required to earmark space for parks, roads and areas of common use. "When roads and parks inside the community are controlled by civic authorities, how can such layouts be called gated communities?" Meena is reported to have asked. 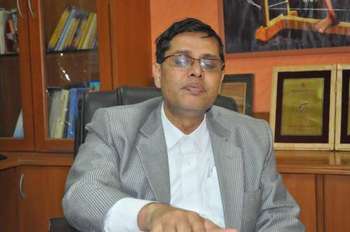 In May 2008, the BBMP issued a public notice with regard to barricading layouts and preventing use by general public. The notice says that there is no such concept as ‘Gated Community’ and that once such layouts are formed, they come under the jurisdiction of the respective municipal corporation.

Last week, Citizen Matters covered the story of L&T South City in JP Nagar VII Phase, where residents are fighting cases with the landowner and developer on this very issue. Read that report here.

With apparent confusion over the concept of ‘gated communities’, and whether roads, parks and open spaces are exclusive to residents of these communities or belong to the local corporation, citizens have been left with more questions than answers.

Citizen Matters spoke to Advocate-General (AG) of Karnataka Ashok Haranahalli. Fifty-two year old Haranahalli is a senior advocate in the Karnataka High Court with over 25 years of practice. He has represented the state government on several important cases, the most recent being the state-imposed iron ore-export ban. Before being appointed as AG in January 2009, he was the Additional AG for the state. He is currently also the Chairman of the Loka Shikshana Trust, which publishes local Kannada daily Samyukta Karnataka, Karmaveera (weekly) and Kasthuri (monthly).

In this interview, Haranahalli explains that there is no such concept as a ‘gated community’ and that these are nothing but layouts and residents cannot claim exclusive access to the roads and open spaces within.

But he also acknowledges this: the fact the residents have paid for development of roads and amenities in the layout presents a difficulty.  He also says residents who purchase houses in such layouts should see the layout plan before doing so. Here are excerpts from the interview.

"By putting a barricade if you close, that closure is not permissible because what is recognised is only a layout. There is no special status to a gated community. So a gated community ultimately boils down to a layout, which is enclosed by a barricade or security. Nobody can be prevented from entering as such".

So would you say that it is unregulated?

Not unregulated. It is like an association of residents. Some residents join hands and provide their own security and they jointly contribute for their club activities and other activities, just like you have apartment owners.

Is there a law that says a certain amount of land needs to be relinquished and handed over to the BDA or the BBMP for them to develop parks and other civic amenities?

A gated community is similar to a layout, except for the fact that you provide certain other facilities like security and other things. But in any layout for that matter all roads rest with the local authority. So all roads and common facilities will go to the government.

"Compared to the vast number of illegal building activities (violations) which are going on, gated communities are only a minor violation. I don’t think there is a situation which warrants any action to be taken".

So if it is within BBMP limits, can the BBMP tell them to keep the roads open for the public, or open a park to the public?

They can. Strictly speaking, they can.

Is this provided for legally?

I said there is no legal recognition for the gated community, so they need not be provided otherwise. In all layouts for that matter, the roads rest with the corporation.

Even if the owners have paid for the development of those roads and civic amenities?

As I told you there is no separate recognition for gated community under the building byelaw or otherwise. So that is a difficulty.

I don’t say it is illegal. But in the sense, you say I am the owner of the road and other things, it depends upon how you look at it. Suppose I look at a gated community only as a community of residents, similar to a layout, then in such a case it is valid. But if you want to claim that it is exclusive, then such a concept is not recognized under the statute.

In 2008, the BBMP issued an order stating that there is no such thing as a gated community.

"People should know that such a thing (‘gated community’) is not available. Or we should provide that concept. Nothing wrong in that. The only thing is, you can’t claim exclusivity".

So why are plan sanctions being given? Should there be an explicit disclaimer that says layouts should not be gated?

See probably they would have taken sanction as a layout. I have not seen those orders. In my knowledge I don’t think anybody has obtained anything like a gated community. So if you have not been given permission as a gated community, there’s no question of claiming that it’s an exclusive area.

So when builders sell plots in such gated communities, should they explicitly state that the road doesn’t belong to the community exclusively?

Citizen Matters recently reported of the case of L&T South City in JP Nagar VII Phase. The area of this complex is 34 acres. The builder has said that about 12 acres is being handed over to the  BDA for development of civic amenities and that a road in that stretch is going to be thrown open to the public. Residents are fighting against this saying there was no mention of this in any of their documents at the time of purchase.

Even if it’s not mentioned in the sale deed?

"Builders should make it clear that according to the building byelaw, roads and other common facilities rests with the corporation or BDA".

That is a matter between the owner and the persons who are buying it. So far as corporation and BDA is concerned, they are only governed by their stipulation.

So when a person is buying a house in a gated community or an apartment, is there something that they need to look for, like a clause?

They need to first find out if it is a gated community at all. It is a clear case where layouts are sought to be sold as a gated community – so they are not getting anything more than a layout. And they should look at the layout plan which is approved by the authority. That will make things clear.

There are so many so-called "gated communities" in Bangalore. Why has nothing been done about them? Why not a blanket order saying all these communities should leave their gates open?

In a gated community, uniform structures come up. Proper roads and layouts have been formed. Now as compared to a building which comes up in central Bangalore with all violations, all building laws are violated, roads are encroached. If you compare, a gated community is in a more orderly fashion. In fact I don’t think there is a situation which warrants any action to be taken as compared to the vast number of illegal building activities which are going on. But it is only a minor violation, wherein you are not entitled to the exclusivity you claim, but it is nothing but a layout. Maximum we can say the roads and other commons do not belong to us, it vests with the corporation.

But if the government is saying there is no such thing as a gated community, why are they not checking those communities which have gates?

The matter vests with the corporation and BDA. They should look into it so that people should know that such a thing is not available. Or we should provide that concept. Nothing wrong in that. The only thing is, you can’t claim exclusivity, because, say tomorrow the drainage facility gets affected, it’s ultimately a load on the entire area. Development of an area ultimately belongs to the corporation or BDA, they’ll have to look at drainage system. So you can’t say the entire thing belongs to you. That is a matter that needs to be looked into.

I am accessible to people, says Sathish Reddy

Satish Reddy says INC MLAs get more money than the MLAs from other parties. He squeezes in some time for a very short interview.

When you login, there is a thank you note that greets you. This is an initiative to ensure Kannada films reach out, legally.