Based on a Public Interest Litigation (PIL) filed by Bangalore-based Institute of Public Health (IPH), the Karnataka High Court (HC) has issued notices to the Karnataka state health and family welfare department, and the union ministries of commerce and health.

The PIL challenges the sponsorship and participation of the Tobacco Board of India (a Government of India entity established under the Ministry of Industry and Commerce) in the Global Tobacco Networking Forum (GTNF), scheduled to be held at ITC  Royal Gardenia (near Kanteerva stadium) between October 4th – 8th, here in Bangalore. 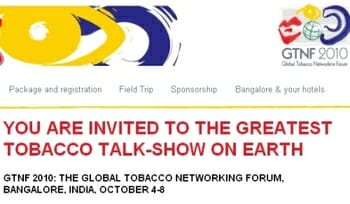 The Global Tobacco Networking Forum is scheduled to be held from October 4th to 8th at the ITC Royal Gardenia. Image Courtesy: www.gtnf-2010.com

"This was just a preliminary hearing in which our lawyers argued on the issues and demands involved in the PIL. The judge’s attitude was quite positive. Notices have been served to all the respondents, including Tobacco Board," Dr Upendra Bhojani, public health researcher at IPH, says.

"The legal aspect is one of the ways to bring this into attention. We are just helping our lawyers and preparing ourselves for the next hearing which is on the 9th," he added.

Violation of WHO guidelines

International guidelines
The WHO Framework Convention on Tobacco Control is the first treaty negotiated under the auspices of the World Health Organization. It was adopted by the World Health Assembly on May 21st 2003 and entered into force on 27 February 2005. It has since become one of the most widely embraced treaties in UN history and, as of today, has already 168 Parties. The Government of India ratified this treaty in February 2004, in accordance to which, it is not supposed to promote or support any tobacco event that has a commercial purpose.

Indian law
Section 5 of COTPA "prohibits both direct as well as indirect advertisement of cigarettes and other tobacco products in print, electronic and outdoor media."

IPH has taken the matter to court as it says the participation of the Tobacco Board of India is in violation of Article 5.3 of the World Health Organisation’s Framework Convention on Tobacco Control (FCTC) guidelines  ratified by the Indian government, which pertains to "the protection of public health policies with respect to tobacco health control from commercial and other vested interests of the tobacco industry."

The Tobacco Board’s association with the upcoming event in Bangalore is also said to be a violation of Section 5 of Cigarettes and Other Tobacco Products (Prohibition of Advertisement and Regulation of Trade and Commerce, Production, Supply and Distribution) Act 2003 (COTPA).

It is because of this clause in the guidelines that IPH is protesting against the Tobacco Board’s involvement in this event.

As per the Tobacco Board’s response to a Right to Information (RTI) application filed by IPH, they are sponsoring a sum of Rs 3,26,620 to meet the expenditure on transport for the delegates to visit the tobacco-growing areas and auction platforms in Karnataka. See the detailed response here.

Despite repeated attempts via telephone, to contact officials at the Tobacco Board’s headquarters in Guntur (Andhra Pradesh), they were not reachable.

Before filing the PIL, IPH had started a signature campaign against this event. The campaign, which is entering its third month, is to make the public and media aware of this issue. "Violating its own international legal obligation, Government of India is joining hands with big tobacco industries in sponsoring a global tobacco trade meet, which is set to discuss how to expand the tobacco trade and undermine the existing policies," says Bhojani of IPH. 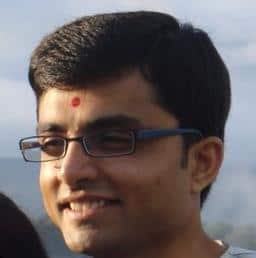 Launched at St John’s Medical college on Sarjapur Road in south Bengaluru, IPH aims to cover as many educational institutions and health organizations as possible, in its signature campaign. They are visiting various schools and colleges around the city for the cause.

"We’re going to schools for an anti-tobacco campaign in conjunction with the GTNF signature campaign. The idea is to inform and educate students about the ills of tobacco and subsequently have them oppose an event that’ll fight against this public health cause," said Vidya Venkataraman, researcher and journalist at IPH.

So far IPH has visited institutions such as Bangalore Medical College, Government Dental College, Sri Venkateshwara Dental College, Vidya Mandir PU College and others. Over 2000 signatures have been obtained so far in the city. IPH also plans to submit the signatures in the form of a memorandum to the Governor of Karnataka sometime by mid-September.

Many voluntary non-governmental organisations (NGO) have joined the cause so as to bring this into media attention. Malathi Saroj, Executive Secretary, Voluntary Health Association of Karnataka, an NGO based in Malleshwaram, said that the GTNF is "targeting this time". The GTNF has previously been held in Bangkok and Brazil. 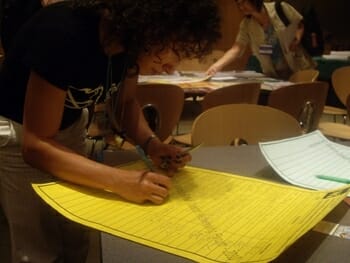 "The Forum is going to be a platform to discuss ways of exporting and importing smokeless tobacco products, hence nullifying the very efforts of various NGOs and public health organizations, in the process, that are fighting for a smokeless environment," she says.

Rasmussen goes on to say, "The GTNF is not an exhibition or a sales meeting. It is an opportunity for approximately 200 members of the industry to meet and discuss requested topics with panelist and workshop leaders many of whom are not involved in the industry or indeed in favour of the industry."

On September 17th 2010, the Karnataka High Court passed an interim judgement, prohibiting the participation and sponsorship of the Tobacco Board of India, in the Global Tobacco Networking Forum.

A division bench comprising Justice D V Shylendra Kumar and Justice H S Kempanna, stated that there is prima facie evidence for violation of provisions set forth by the COTPA as well as the WHO FCTC, in the event of participation of the Tobacco Board in such events.

Along with the Tobacco Board of India, the court has also ordered ITC Royal Gardenia (near Kanteerva stadium), the venue for the event, to comply with all the rules and regulations as laid down under the Cigarettes and Other Tobacco Products (Prohibition of Advertisement and Regulation of Trade and Commerce, Production, Supply and Distribution) Act 2003 (COTPA).

The Government of Karnataka, Health and Family Welfare Department, Ministry of Commerce and Industry and the Ministry of Family and Health Welfare have issued a statement that they will not be participating in the event in any way, which is scheduled between October 4-8, 2010.

The court has asked the Institute of Public Health, Bangalore to submit a deposit amount of Rs 25,000 as bona fide evidence.

About Deepa Ranganathan 4 Articles
The author has not yet added any personal or biographical info to her or his author profile.

With govt vacancies open for all, Exchange banks on private sector for jobs

Employment Exchanges are now helping private companies find people looking for employment. But there is no data that is given back to them on the actual number of people employed.

Who controls the parks in your layout?

Zoning rules say that 10–15% of land in layouts should be relinquished for parks that should open to the public. But are the residents happy about it? Is it being implemented uniformly across the city?

L&T South City’s residents have taken serious objection to BDA’s move to build a shopping complex on land whose status they have already challenged in court.