Every child’s first teachers are their parents. And if they work as teachers in real life, that can be an advantage.

Jeevitha Lakshmi (15), is a daughter of such parents. Her parents  Vijaya Kumar, 48 and Uma Devi, 42  are both teachers. Kumar is working in R S High School near Madiwala and Uma is working in Eshwari school, Wilson Garden, both private high schools. The family stays in Madivala.

Jeevitha has scored high marks in her SSLC Exam. After revaluation she scored 98% in Science, Social Science and English.  When results were first announced, Jeevitha found she had scored 79 in Social Science. She applied for revaluation  and got 19 more marks.

She says “I hadn’t expected such low marks in Social Science, and even in English, Science and Hindi. I expected 98, which I got after reevaluation”.

In Hindi Jeevitha scored 96%, adding up to a total of 640. She says is not too satisfied with the marks she got in Hindi.

Jeevitha says that she used to read for 3 to 5 hours a day before exams. But during exam time, she says ” I just used to revise for 1 to 2 hours by looking key points, my father would say, don’t read too much, I may not remember in the exam.”

Jeevitha has now joined the PCM group in PUC at Christ College and plans to take up Aeronautical Engineering later, or a Masters in Physics or Maths, as her father prefers.

Kumar is a passionate teacher and explains how he helps students in his school prepare for board exams.

His method is simple but effective. By December, he completes the portions and expects students to be diligent in their classwork and homework. Then his class starts solving problems from question banks for about 10 papers in each subject, with multiple choice questions and diagrams every day. He dedicates an extra hour each day after school to clarify their doubts.

Kumar says, “In fact we will train our students from 8th standard itself (to face the board exams) because  we can’t do any magic when they come to 10th standard”.

A club with a mega idea

The new set of office bearers of Rotary Bangalore Mega City were installed at Koramangala Club on 26th July at 7.30 pm. 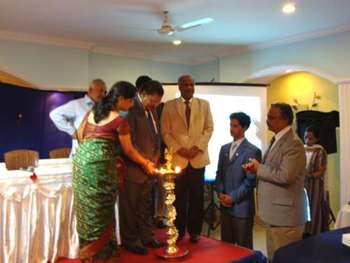 This young BTM Layout based chapter of Rotary was started in the year 2003 with the goal to support young cancer patients at Kidwai Institute. They will fund the children’s cure and rehabilitation.

The group has selected six cancer afflicted children. This was done in co-operation with Kidwai Institute. Four children are currently undergoing treatment and they are raising funds for two more children.

Temple trust into charity too

On July 17th, 120 students of Sri Vidya Jyothi School BTM II and Jnana Degula Vidyalaya (BTM I stage) got school uniforms and another set of 120 students got note books. 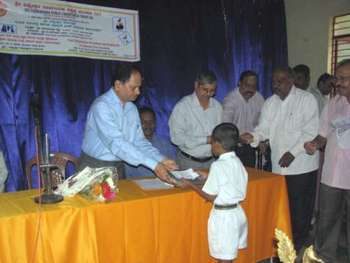 Ramamurthy is president of BTM Welfare Association. As told to Chetan Boray.

All about good girls, bad girls

The 15-minute movie by Padmalatha Ravi depicts the perceptions of various people belonging to various profiles, on rape and violence against women.

It all began when a small group of 60 plus men sat one evening and discussed the disconnect of the walkers – young and old.