Fresh out of college, they chose to tread the path less-taken. These are Bengaluru’s young entrepreneurs who have broken away from ‘regular’ careers. They have started from scratch, gathering capital, customers and clients. These bold and daring women in their early twenties have turned their dreams into reality and started their own enterprise.

Twenty-three-year-olds Eshanya Karle and Savita Vijayakumar are one such pair. Their not-for-profit ‘So, What Now?‘ was started in May 2009 and is an extension of the duo’s vision to provide a platform for creative young minds to “meet, develop and implement their ideas.”

‘So, What Now?’ sells t-shirts to raise funds for their NGO to help unaided schools. Pic courtesy: So, What Now?

“Everyone sees social problems but few do anything about it. We all ask the question, ‘So, what now?’ and then that is the end. So we decided to name our organisation ‘So, What now?’ and prove that we are going beyond just a frequently asked question. We are actually doing something,” says Eshanya

The organisation works towards providing infrastructure including toilets, water tanks, and vocational training equipment to unaided schools in and around Bangalore. Currently most of their funds are from donations and products like t-shirts and greeting cards, sold under their ‘Care to Consume’ project. The t-shirts, priced at Rs 300, have designs by city-based artists (So far artists Dinesh Kumar and Afsar Ambarin have used the So, What Now? t-shirts as canvas!). The funds raised will be used for these unaided schools.

Their latest project ‘Story Rooms’ has been set up to encourage reading and language skills to build confidence among students. This project will involve book drives at academic and corporate campuses to collect books. These books will either be used or resold to buy more books.

The first school under their wing is Indira Gandhi International Academy, run by a charitable trust called Bright Society, in Jakkur. The young women chose this school as it appeared “in dire need of funds and infrastructure”.

Eshanya and Savita, who have known each other since their student days at Sophia High School, see this as an alternate job because they think there will always be time for money and luxury later in their life. Prior to launching ‘So, What Now?’, Eshanya was studying economics and political science in New York, while Savita was studying journalism in Mumbai. 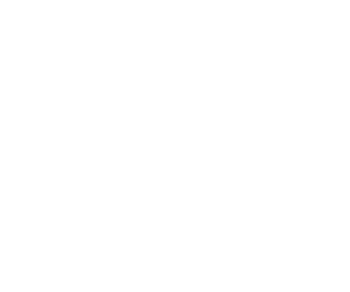 It was during these years as undergraduate students that the two youngsters carried out most of their ground work and research. “We spoke about it when we were at school and university; in fact most of the planning was done online. We’d research, discuss and then go research some more,” says Savita.

One of Cutlet Co.’s customers, Saurav Rana says that it was the bright colours and attention to detail on the t-shirts that appealed to him. “The fact that there was a truckload of people on a tee which has ‘420′, ‘super fast’ and ‘horn ok please’ on it made it a must buy! It was quirky and that is what caught my attention”.

But they are clear about “not selling the cause” through their t-shirts. “It’s more subliminal. You buy the t-shirt because you like the look of it and whether you know it or not…you’ve given something back to society.” Their aim is to ‘IN(FRA)SPIRE’ – Infrastructure that inspires better education.

Both Eshanya and Savita juggle between their full-time jobs and pet venture. Eshanya works as a Business Development Executive with Karle Group of Companies (a garment manufacturing company) on an affordable clothing line for rural India. Although it is a 9 to 5 job she admits that her real attachment is ‘So, What Now?’. “The euphoria one feels when a t-shirt is sold or the utter disappointment when something fails is unbelievable. I mean this is our baby!”

Painting t-shirts for a living

Another project, still in a nascent stage is Cutlet Co, also started by two young women, 22-year-old Sharanya Ramesh, and 23-year-old Kripa Jaising. The company seeks to colour the city with its true-to-Indian-tradition hand-painted t-shirts that are sold either on order or at Happy Belly Bakes, a café in Richard Town. They cost anywhere between Rs 250 and Rs 450 depending on the designs.

Less than a year after they finished college, Sharanya and Kripa left their corporate jobs around the same time which was more of a coincidence. “I think we were tempted to do something we both would get personally involved in rather than work for a larger banner,” confesses Kripa.

Although, these young women entrepreneurs say that it was not the rat-race of corporate life that veered them towards a different track, they confess that these alternate jobs give them the satisfaction that other jobs may not.

“It’s not a rebel action really but just that I felt more worthwhile doing something like this. Here I paint the t-shirt and the appreciation from the customer is direct. It’s so much more fulfilling,” says Sharanya, who is also a film editor.

She says that although they are not doing exactly what they studied, both Kripa and she are using their creativity in another form. “We both did communication studies at Mount Carmel College and yes we studied how to be creative on paper and on film but we’ve just transferred that to a t-shirt now! The idea is similar though!”

In addition to the girls themselves being involved in the business, their families and friends too offer unending support. “Our friends and families are really accepting of our slightly whimsical enterprise. And they never fail to show support despite our idiosyncrasies. Most of the time my house is our office! And the dinner table is our easel,” says Kripa who lives near Coles Park in east Bangalore.

“All about determination and will to take risk”

So what is it that drew these four youngsters towards an NGO and a business that meant hard work, competition, perhaps lacking entrepreneurial experience and limited finances?

Kripa of Cutlet Co. says, “It’s really the change in society these days. People have so many options and now they are willing to go out, take that first step and take the risk so that they can do what they want to rather than need to do. And more so it is the will to just do something. Experience doesn’t matter when there is determination and will to succeed.”

The marketing for both these ventures is mainly through social networking sites. And their faith in the age-old ‘word of mouth’ marketing has really seen their fan following grow.

“We hope to be here as long as we can of course. We see it as our future but as always we will soon have to balance things a bit. For now we don’t have children and husbands and overwhelming work. But one day we will,” says Eshanya, sighing at the prospect of her ‘baby’ being replaced by other work!

Kripa too thinks that as long as people want their t-shirts they’ll be around to make them. “As much as it is our hobby, it is also our full-time job for now. But obviously we won’t run at a loss,” she jokes.

According to Akhilesh Baldota, credited as the ‘invisible force’ behind ‘So, What Now?’ as well as one of their volunteers, only the people involved will see how much work goes into this. “It may look inviting and cool from the outside and really it is,” he says, “But the effort needed to sustain this sort of an establishment is phenomenal. The returns too may be equally phenomenal but it takes courage and hard work.”

The winds of change have allowed for such start-ups to be accepted and appreciated as well. Even as they are in a minority, these young entrepreneurs feel that it is worth the effort. And they are glad that they followed their instincts and did it their way! ⊕

About Aakanksha Singh Devi 4 Articles
The author has not yet added any personal or biographical info to her or his author profile.

Music: a hobby, passion or career?

Bengaluru’s music is scene quite vibrant. But how seriously do the students take it when it comes to making it their profession? Or is it just a serious hobby?

Despite busy schedules, many Bangaloreans have kept bombe displays in their homes. A chance to keep tradition live and display artistic creativity, it brings families and friends in a joyful get-together.