“The best way to promote sports is through communities. If we can support the needy through such initiatives, even better,” says 16-year-old Shaurya Saluja, organizer of a five-day squash camp in the city. A 12th standard student at Indus International School, Saluja believes that such camps will make the otherwise less-known sport popular. 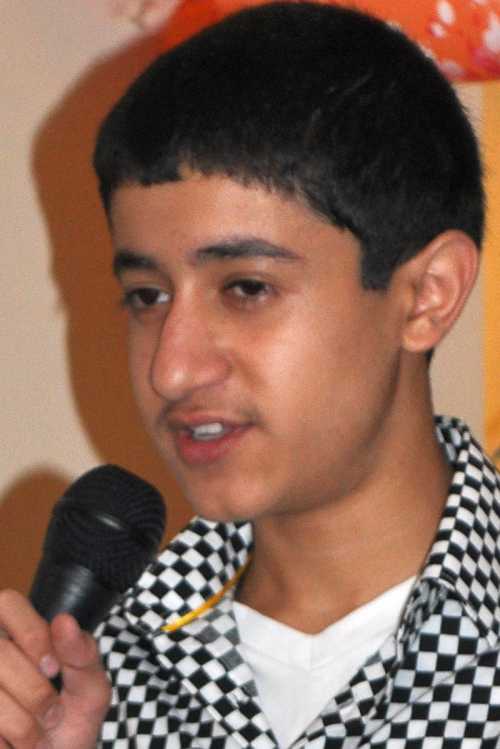 The camp will be held at Shobha Lakeview Club at Sarjapur Outer Ring Road on July 23, 24, 25, 30 and 31. Satinder Bajwa, Harvard University Head Squash Coach and mentor of eight-time world squash champion Jansher Khan, is holding the camp. The proceeds will go to Khelshala, an organization in Attawa village in Chandigarh, which was founded by Bajwa himself with the aim of making squash accessible to underprivileged children in the villages nearby. The organization trains girls and boys in the 9-14 age group in squash, which would also open up educational and career opportunities for them.

The idea of holding a squash camp occurred to Saluja after his visit to Chandigarh last March. A regular squash player, Saluja was trying to find a squash institute when he chanced upon Khelshala. “I volunteered with Khelshala and met the children who trained there. Many of them had good potential, but did not even have proper shoes to play. Khelshala provides them with equipments and good coaching. When I returned to Bangalore, I told my friends – who also play squash- about meeting Satinder Bajwa. They were jealous and wanted to meet him too. That’s when I thought it would be a good idea to organize his camp here,” says Saluja. 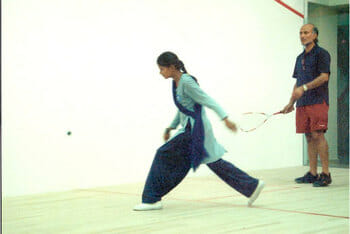 In the next few days, attempts were made to advertise the event. Advertisements were put up in apartments nearby and the response has been tremendous. Initially the cap on entry was 30 (20 children and 10 adults), but now more people will be allowed to participate, considering the responses, Saluja says. To register for the camp before Friday, call 99026 95667.

Players at any level of proficiency can participate in the camp. After the initial 2-3 classes, players will be divided into groups depending on their level of expertise and will be trained in batches. 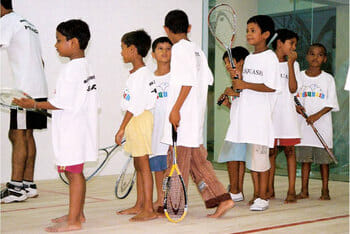 As Founder-President of the Lakeside Interact Club – a part of Rotary International, this is one of the many programmes that Saluja has spearheaded so far. This teenager has organized blood donation camps, walkathons supporting environment conservation and taken part in fund raising for Rotary International’s End Polio campaign.

A good squash player himself, Saluja plans to train further and play professional squash. He was ranked ninth in Malaysia, where he lived a few years back, in the Under-15 category at the Kuala Lumpur Junior Open Squash Championship 2007.  After moving to Bangalore a couple of years back, he has been participating in interschool and state championships.  His other interests include basketball, judo and football.

From rules that govern real estate to defence land saga to midday meal controversy, all important news that you need to know from Bengaluru, in one place.

Under 16 boys and girls fought it out for the trophy and All India Tennis Association ranking. These kids want to play the sport professionally.

With summer approaching, and with COVID risks, there is more demand for water. Residents are worried tanker water shortage can create havoc.