With the new city council taking over and the Mayor being elected, it is now time for Bengalureans to look forward to the budget that will be presented to the Council in the next fortnight. While focusing on issues like infrastructure, it appears this time round the budget will also allocate money towards one of Bangalore’s pressing concerns – water.

In an interview with Citizen Matters, recently-appointed BBMP Special Commissioner K A Niranjan explains the workings of the administration in tandem with the council while gearing up for the budget. He throws light on the much discussed financial condition of the BBMP.

The budget for this year will be announced in the next fortnight at the latest. It is mandatory to coordinate with the Mayor and then decide upon the date. So, until and unless the Mayor has reservations, the budget will be presented in the next 15 days.

What will be the priorities of the budget this time round?

We will focus on improving infrastructure primarily. Our other priorities include the quality of life the citizens and introducing basic services for the urban poor. We are also looking to allocate funds to improving the water situation in the city.

Even though water supply is the responsibility of the BWSSB, we are sanctioning grants to local organisations who are involved in pipeline works. Also, the BBMP and the BDA are coming together to rejuvenate more than 100 lakes in the city which will help in the improvement of the ground water table.

Where does the BBMP fund its projects from?

The state government and auxiliary sources like the JnNURM (Jawaharlal Nehru National Urban Renewal Mission) sanction grants for the BBMP to fulfill its objectives. The BBMP also generates funds through property and advertising taxes and through non-tax receipts.

With a debt of around Rs 162 crores, is the financial condition of the BBMP healthy?

The BBMP cannot run on its own funds or on the grants that are provided by the government. The Karnataka Municipal Corporation Act allows the BBMP to raise funds by borrowing from banks and other financial institutions on a loan basis. The loan amount is well within the permissible limits and there is no cause for alarm. Even in developed nations local bodies do borrow money because the aspirations of a city are always growing and it is no different for Bangalore. 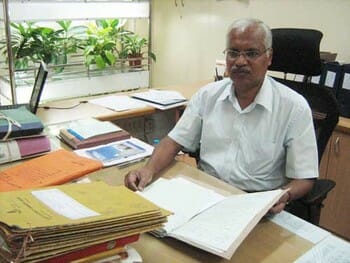 How important is the Municipal Council when it comes to the budget?

An approval of the council is extremely essential for the budget. It is necessary to carry on with our projects. It is the council that controls the development of the city and even the control of receipts and payments is in the council’s hands. Everything from the BBMP employees’ salaries, the revenue, the expenditures along with the entire development scheme will have to meet the council’s approval.

The administration acts as the eyes and the ears of the council, we assume the role of the executive. We collect the information from all the different departments in the BBMP and based on the estimates provided by them we prepare the budget. The inputs of the councilors are also taken into consideration.

How important is the Akrama-Sakrama (resolution) for the finances of the BBMP?

This policy will give the BBMP a huge push. We haven’t yet calculated the numbers but it (receipts from penalties) will be huge. We plan to carry out a lot of development projects with the money that we collect from this scheme.

Why is that many a time we see that the BBMP insists on pumping big money into projects that the people do not want? For example, the elevated corridor project on Dr Rajkumar Road has met a lot of resistance from the locals. Why isn’t the money being diverted into other concerns?

These development projects are undertaken keeping the amount of growth that will occur in the next 20 years. The views of the people are important but development of the city is also equally critical. ⊕

About Navya D'Souza 8 Articles
The author has not yet added any personal or biographical info to her or his author profile.

So near and yet so far is the story of water for residential and commercial complexes in the fast developing region of outer Whitefield, between K R Puram and Hoskote.

The tax hole BBMP does not talk about