The electoral rolls of Bengaluru have now become a point of conflict with evidence showing they are in a mess. And both in the recent BBMP elections and last year’s Parliamentary elections, Bangalore recorded a dismal 45 per cent voter ‘turnout’.

Not far from here, in the metropolitan city of Chennai, Tamil Nadu, a whopping 63 per cent voter turnout was recorded in the 2009 Lok Sabha elections. Of the 32 lakh voters in the city, around 20 lakh citizens had gone out and voted. Whereas in Bangalore, of the 62 lakh voters, only about 27.5 lakh cast their vote in the Lok Sabha polls, making the voter ‘turnout’ about 45 per cent. In the 2010 BBMP polls, nearly 31 lakh Bangaloreans voted of a roll size of nearly 70 lakh, again with a ‘turnout’ of roughly 45 percent.

So what is the problem here in Bangalore? Are Bangaloreans all talk and less ‘doing’ when it comes to voting?

Going by statements from top electoral officials in Chennai as well as an analysis of Bangalore’s voter rolls, at least one key problem is very likely in the voter rolls of Bangalore. After the State Election Commission (SEC) declaring a turnout of 45 per cent, a Citizen Matters article checked shot the first bullet at the SEC: it pointed out that turnout number for Bengaluru was irrelevant because the city voter rolls were bloated. For a city with a census-projected population of approximately 8 million, the voter list shows 7 million enrolled. This is not possible as election officials themselves say that only 65 to 70 per cent of the total population can be on the voters list. (Population above the age of 18.) 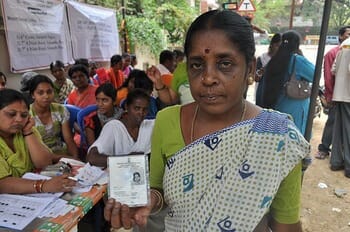 In the recent BBMP elections, this voter in Vasanthnagar couldn’t find her name on the voter roll despite having an electoral photo identity card. There were several like her who went back home without being able to vote for no fault of theirs. Pic: Vaishnavi Vittal

Soon after the article was published, the citizens group Smart Vote, which had conducted a voter awareness and participation drive for the BBMP elections in Koramangala reaching several thousand homes, got into the act. They held a press conference to call the SEC’s bluff. They presented a variety of reasons for why the roll was bloated and also demanded that the SEC withdraw the turnout figures. They also took issue with the discussion amongst political circles and the media about ‘whether voting ought to be made compulsory’ on the grounds that it was not addressing the real problem with the rolls.

The SEC has not responded. On questions of quality of the voter rolls, the SEC and the office of the Karnataka Chief Electoral Officer (CEO) have been passing the buck to one another. (The SEC is a state authority that conducts municipal and panchayat polls. The CEO is the state-level office of the Election Commission of India (ECI) which conducts Parliamentary and Assembly polls in the state.)

Citizen Matters spoke to the Joint Chief Electoral Officer (CEO) of Tamil Nadu, Pooja Kulkarni, who explained the work that they have been doing for the past three years to clean up their voter rolls. “What we do in Tamil Nadu is 100 per cent field verification. During summary revision, many people get their names included. But names never get deleted”, Pooja claims, adding, “Our staff does 100 per cent verification, door-to-door. One booth level officer will cover about 300-400 houses. It is only because of this that our rolls are fairly accurate”.

Though this exercise is not mandated by law, Pooja says that they engage with Resident Welfare Associations (RWAs) who work with booth-level officers to clean the rolls. This process is currently being carried out, and roughly 40 lakh additions and 20 lakh deletions have been made throughout the state, she adds. In Chennai alone, 4 lakh names have been added and 2 lakh names deleted. (The original finding about TN’s electoral roll cleanup was made by Prithvi Reddy of Smart Vote on 3rd April. Citizen Matters independently followed up on this.)

Pooja says this 100 per cent field verification takes about three months to complete. She adds that this reflects the 63 per cent turnout in Chennai in the 2009 parliamentary elections.

Even as the ECI is working on integration to put together a national database, moving to a new type of server for their database, Pooja says that it is the door-to-door verification that will be effective.

In February 2010, Smart Vote detected various errors in the voter rolls. One of them was this citizen’s name, appearing under four different polling booths, spelt differently in each case and with incorrect gender in two cases. Image courtesy: Smartvote.in

Tell her about the bloated voter roll figures of Bangalore and she says, “On an average, voter strength should be approximately 70 per cent of the total population. So approximately 5.5 million voters should be there in Bangalore. I’m just telling you the national average”. Pooja explains that working with RWAs becomes important as it would otherwise make it difficult for booth-level officers to carry out this exercise.

One major problem is that while people register themselves to vote, most do not delete their names. Names of those who have died, moved out of the city, moved to a different area in the city, remain and add up. Citizens can give a Form 7 to get their names deleted, though in reality not many follow this procedure. 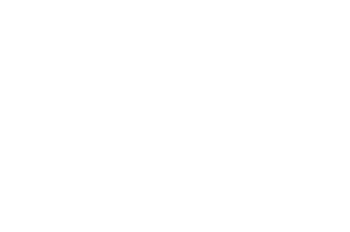 Dr C S Suranjana is Karnataka’s Chief Electoral Officer who signed on in July 2009. He acknowledges that the ECI has asked Karnataka to carry out field verification. He, however, adds that this need not be done every year. He was unsure of when the last field verification was carried out.

Give him the example of Tamil Nadu’s annual field verification, and Suranjana says he isn’t aware of that.

Another top official in the Karnataka state government who spoke to Citizen Matters under the condition of anonymity was sceptical of door-to-door verification. He said it will not be completely accurate in urban areas. “Do you have that kind of time and manpower? Here in Bangalore there’s a floating population and people may or may not be at home”, the official says, emphasising on the importance of public participation in cleaning up the voter rolls.

As per orders of the ECI, all state CEOs carry out an annual summary revision of the rolls. This is done by putting up the existing voter rolls in each polling booth. This is a draft notification. The public is given 15 days time to respond at the booths, where they can submit appropriate forms for addition, deletion or correction.  In Bangalore, this exercise was last carried out before the 2009 Lok Sabha polls, between September 2008 and January 2009.

In Chennai, just before the annual summary revision, 100 per cent field verification is carried out, say TN electoral officials, even though it is not mandatory.

The official, however, felt that a better way of cleaning up the voter rolls is by publishing the voter rolls on a website, assembly constituency-wise. “Then people can send an e-mail saying their name should be removed from the list from this ward. The officer who gets the e-mail can then send his booth-level officer to verify this and then delete the name”, explains the official, adding that this would be a fool-proof method. Unfortunately, such a method would require an amendment to law, the official adds.

While the Tamilnadu CEO maybe engaging the citizens annually even though it is not mandatory, here in Bangalore a previous order from the ECI to correct the voter rolls by working with RWAs, was not even adhered to.

Over two years ago, on January 12th 2008, ahead of the state Assembly elections, the ECI sent out an order stating that all the Assistant Election Officers (AEO) should work with ward sabhas, gram sabhas and RWAs between February 18th and 26th to correct the voter list. Citizen Matters has been unable to access this particular order, but a letter from the Deputy Commissioner (DC) of Bangalore South to the AEOs of Uttarahalli and Anekal Assembly Constituencies refers to this order. Read the DC (South)’s order dated February 12th 2008 here.

The DC’s order says that at the meetings with the citizens, AEOs should read out details on how they can register themselves to vote. The order also says that Forms 6, 7, 8 and 8A (all pertaining to voter registration) should be handed out at these meetings.

RTI Activist M V K Anil Kumar found out through Right to Information (RTI) applications that no such meeting was held by the AEOs before the 2008 Assembly polls. How he got this information is a story in itself. Here’s a copy of the DC (South)’s letter to Kumar confirming the same.

Meanwhile, as stated earlier, the ECI has issued an order on January 6th 2010 to all CEOs to work on integration and standardisation of their database. In this order, the ECI itself has noted some of the problems that exist in the maintenance of the electoral database. Photo mismatches and Electoral Photo Identity Card (EPIC) mismatches are some of the problems mentioned.

The ECI further suggests door-to-door survey by booth-level officers, reading out rolls in ward sabhas, publishing of voter rolls on the notice boards of polling stations and so on, to ensure that voter roll corrections are carried out.

Even as door-to-door verification seems to have worked in Tamil Nadu and the ECI recommending the same to all CEOs, there seems to be apprehension and hesitation here at home to even try this method. ⊕

Meet B.N.Vijaykumar, the BJP MLA from Jayanagar constituency who has taken up many initiatives in his constituency.

No shopping mall on our land: EWS

EWS residents staged a protest at BBMP demanding the entire land be used to build residences and not share with a shopping mall. 18 other organisations supported the protest.

Malleshwaram Market is high value real estate land. But developing it needs a lot of money. Will the Smart City Plan develop it as part of its project?