Unless you have been living under self-imposed exile, you have probably seen the ads. Bangalore’s besieged by banners, hoardings, posters and mailers with your morning newspaper, announcing the vacation inevitable – The Summer Camp.

Most camps start early April (April 5th) and continue till the end of the month. Some continue even in May. If you are reluctant to pack them almost as soon as the holidays begin, some also have batches starting from mid-April. Unless the camp aims to teach the child a specific new skill altogether and requires continued attendance, most camps give you the option of enrolling your child for a minimum of two weeks and paying accordingly. Some camps (especially for pre-schoolers) offer a mix of varied activities like art, crafts, dance and so on while some are for specific activities sports or playing an instrument or learning about the environment. 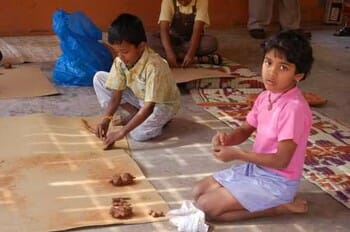 Many activity centres, kids libraries and playgroups conduct summer camps that focus on a variety of program, suitable for kids of all age groups. Pic: Meera K

If you have older kids (8 plus), these summer camps could interest them. The question is, with every school, playschool and activity centre announcing a camp, which one do you choose? Citizen Matters lists some options.

Many activity centres, kids libraries and playgroups conduct summer camps that focus on a variety of program, suitable for kids of all age groups. Noah’s Show in Jayanagar has something similar in store. There’s an ongoing artistic gymnastics camp for kids of five years and above and a very interesting camp on vegetarian cooking without fire. They also have camps on Robotics for kids between 7 and 12 years, that start on April 19.

Kids Kouch also has activity based camps that include storytelling, art and craft. There are ongoing sessions as well as batches starting on April 12 and 19. Out of The Box library in JP Nagar also has summer camps starting in different batches, around April 5th, 12th and 19th. For kids around four years and above, they offer a mix of craft, storytelling and magic shows. The fees are around Rs 2000 for two weeks.

Urban children today are often more likely to know about Ben 10 and Tom & Jerry than the characters in Ramayan and Mahabharata. Dhaatu’s summer camps aim to set that right with their several workshops on mythology and culture. This Banashankari based culture centre is offering a mix of several camps that include Mahabharata for Children, continuing from April 12 to 17. And it’s being done in an interesting manner through word games, puzzles, crossword, quiz, art and even a stage show.

Dhaatu also offers take home material for the children like colouring books, work sheets and even Shlokas with meanings to make mythology easy to understand. At Rs 850, we found this to be one of the most affordable camps for older kids. 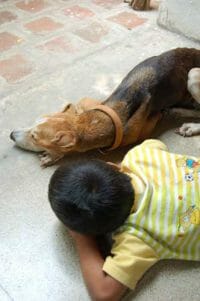 For children in Standard 7 and above, Dhaatu also offers a camp that focuses on Traditional Values Through Shlokas and Epic Stories. This one is through April 28th to May 1st and costs Rs 750.

HSR Layout based Kara Kindergarten’s summer camps too have India as its theme with one state being the theme for each week. Little kids would be taken on a tour of several states of India through geography, history, music, dance and craft activities. Their full day camp is from 9 am to 3 pm and costs Rs 1,650 a week. Expensive but probably worth the money if you are a working parent who with little time for such activities on your hand. They would also provide a nutritious lunch for your child at Rs 400 per week if required. The different themes are based on Gujarat, Goa, Rajasthan, Kanyakumari, Kashmir, Bengal, Punjab and so on.

One of the most interesting things older children can do during the two month long vacation is learning a new activity, sport, craft or skill altogether. It would keep them occupied and also enhance their skill set.

Butterfly Fields has very interesting Science and Math-related camps for children in multiple locations around Bangalore. Their camps are open for children between 6 and 15 years. Batches are on at the moment and if your child joins in late, they will offer the same activities at the end of the camp to make up for the activities they lost out on. Called Kreate 10, kids would be building different models at these camps covering various concepts like Magnetic Levitation or the principle on which bullet trains work, demystifying experiments in Chemistry, making Pinhole Cameras and Mini Projectors that would explain the principle of mirrors, reflection and magnification and so on. The idea is hands-on learning in science and math. New batches start April 12.

If your children have been lecturing you on the perils of plastic and on energy consumption, Environment Support Group’s camp might sound interesting. It’s aimed at helping kids understand and combat climate change. This will be done through sessions that include, field trips. film screenings, talks and experiments. For kids between 10 to 14 years of age, from April 19-23.

There are film-making workshops for creatively-inclined kids conducted by NaVaRaSa starting from April 12. For children in the age group 12 to 16 years, the workshop is priced at Rs 2,900 and would teach participants the basics of film making, right from creating a story idea, scripting, direction, hands on shooting and editing. The exciting part is that they will be making a short film as part of the workshop. Something your child is going to remember and cherish for a long time.

If your child loves being the handyman, let him or her potter about Hippocampus with Knock On Wood, a camp by Namrata Mathur that teaches carpentry to kids from April 26th to 30th. Hippocampus also has a special Scrabble camp that could make pros out of your budding scrabble partner at home. It includes four days of training and one final day of face off. Starts on April 12th. Both these camps are for kids betwen 8 and 10 years.

Most activity centres like Noah’s Show and Hippocampus have multiple camps for different age groups and starting at different points. It’s best to call them and find out what’s in store before you make up your mind. So get the kids enrolled, give them something new to experience and learn and have yourself a few moments of calm and rest this summer. ⊕

The programme aims to equip students in the schools of Bengaluru with knowledge and inspire them to take part in participatory democracy and become active citizens.

Jayanagar General Hospital, one of the biggest but most underused hospitals in the city, is to be rejuvenated soon. A slew of changes including more junior doctors and hospital management systems have been proposed.

The residents discovered that out of 11 CA sites sanctioned by BDA, meant for common use, seven had been illegally appropriated and encroached upon.