The Karnataka Lokayukta has ordered a departmental enquiry against the BBMP Commissioner Bharat Lal Meena, BWSSB Chairman P B Ramamurthy and few other officials for a case of zoning violation in Jayanagar. Though the Lokayukta’s orders are recommendatory and not binding, the order comes as another slap on the face of a city that recently witnessed the Carlton Towers fire accident. The Lokayukta issued this order on December 23rd 2009.

Also, Meena and Ramamurthy, both IAS officers, have been slapped with a showcause notice by the Department of Personnel and Administrative Reforms on February 17th 2010. 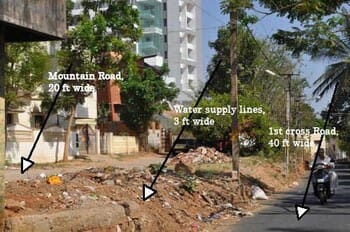 BBMP had sanctioned a plan for a high-rise in Jayanagar, where the road width is just 20ft. Whereas a minimum of 40ft road width is required. Pic: Vaishnavi Vittal

The BBMP had sanctioned a plan for a 14-floor apartment complex on Mountain Road in Jayanagar 1st Block in 2005. This road measures about 20 ft in width, far less than the required 40 ft or more for constructing buildings with over four floors, excluding the ground floor. As per the National Building Code, a minimum of 40 ft road width is required so as to ensure sufficient space for fire engines to enter or exit, in case of an emergency.

Despite several reports indicating that the plan sanction violated these norms, Meena had still gone ahead and given fresh approval. This came after his predecessor Dr S Subramanya cancelled the plan sanction in June 2009, a few weeks before his transfer out of BBMP.

The Lokayukta first issued a report on this in October 2009, to the state government. The latter then ordered the BBMP Commissioner to cancel the plan sanction. Following the October 2009 report, the Lokayukta then went on to submit the scathing report of December 2009 to the state government’s Chief Secretary, ordering the departmental enquiry against six officials.

Now here’s why the BBMP says it had originally sanctioned this plan.

This property, built by Bysani Developers, is located on Mountain road, which is elevated. The road is about 20 ft wide and is a dead end. It is separated from the parallel road, which is at a lower level, by an embankment. This is where the BWSSB’s water supply lines run from the nearby reservoir. The road at the lower level, 1st cross road, is about 6 ft below Mountain Road and is about 40 ft wide.

In the extract of the BDA’s Revised Master Plan 2015, the upper road is a dead end while the lower road connects to Byrasandra.

Bysani Developers have illegally sloped the dead end road, so as to make it join the lower road. The Lokayukta says that this will affect the BWSSB water supply lines. Pic: Vaishnavi Vittal

The BBMP has sanctioned the plan for this building by considering both Mountain Road and 1st cross Road to be a single road, including the embankment, totally measuring about 65 ft in width. This despite the fact that one road is 6 ft higher than the other.

It was noted that the guard stones laid to protect the water supply lines were removed to show that both the roads are one. Also, Mountain Road being a dead end, has been made to slope at the dead end, so as to connect to 1st cross Road. (See picture above). The Lokayukta report says that the BWSSB should have pointed out all this as it will affect their pipelines.

The Jayanagar residents also approached Jayanagar and JP Nagar MLA B N Vijaykumar and BWSSB in-charge minister Katta Subramanya Naidu, both of who wrote letters to the BBMP saying that a wall needs to be constructed at the embankment, to prevent flow of water from the upper road to the lower road. Their letters, written in mid-2009, have no mention of plan sanction violations.

Around three years ago, Bysani Developers had built a wall on the embankment to show that it was one with the road. The BBMP eventually demolished this wall as it was illegal.

The BBMP has considered the embankment to be like a median at the centre of the road, measuring the width of the road from the edge of two drains.

As far as the fire department status went, in 2004, the then Director General of Police (DGP), Karnataka Fire and Emergency Services had given an NOC to the BBMP for this building. But in 2007, DGP Jija Hari Singh wrote to the BBMP Commissioner asking him not to issue the Occupancy Certificate without getting a Clearance Certificate from the fire department. This happened only after this DGP was informed through the Lokayukta proceedings about the actual scenario.

Citizens use RTI to pin down BBMP

All this has come to the fore because of concerned citizens, based in Jayanagar. For more than five years now, these citizens have been fighting a legal battle to check this violation. Their names have been withheld to protect identity.

These residents have gone back and forth with the BBMP, BWSSB and the courts, seeking a stay on the plan sanction.

They also approached the Lokayukta to look into this matter. In February 2008, the Lokayukta wrote to the then BBMP Commissioner Subramanya, requesting him to withdraw all sanctions for this building.

On June 3rd 2009, Subramanya issued a notice, cancelling the plan for this building. A few weeks later, after he was replaced by Bharat Lal Meena, the notice was revoked. 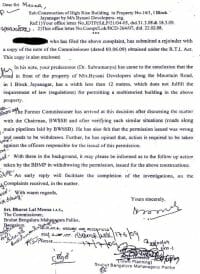 The Lokayukta wrote a letter to BBMP Commissioner Meena asking him about the status of permissions for this particular apartment complex.

The Lokayukta then wrote to Meena, informing him about Subramanya’s earlier order and requested him to provide information on the status of permissions for this building in Jayanagar.

Meanwhile, following the cancellation of the plan sanction by Subramanya, Bysani developers filed a petition in the High Court. The court ordered for a report to be submitted by the Director of Town Planning H B Mukund as well as Rangesh, Member, Town Planning, BDA. Their report, submitted in mid-2009, stated that there were no violations.

The Director of Town Planning is a state government function and is not involved in issuing licenses for constructing buildings. This solely rests with the BBMP. However, the Director’s opinion was sought because of the BBMP’s response in considering road width. This directorate is under the Urban Development Department.

In its first report of October 2009, the Lokayukta, referred to these two officials as having submitted their report without doing a site inspection. "The said opinions run counter to the report given by the Joint Commissioner for works, BBMP, based on personal inspection of the site", the report states.

BBMP Commissioner Meena had relied on the opinion of these two officials to revoke his predecessor Subramanya’s decision to cancel the plan sanction. Neither did Meena make a personal site inspection, notes this report. 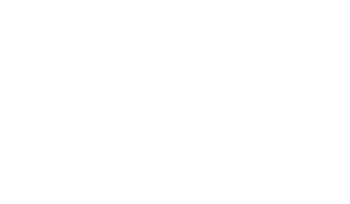 In its first report in October 2009, the Lokayukta wrote to the Urban Development department, recommending that the plan sanction for the said-building be withdrawn. Based on this, BBMP Commissioner Meena was ordered to cancel the plan, which he did in December.

The Lokayukta report also says that the "competent authority shall direct the concerned to withdraw the license given for construction of high-rise building in property No. 14/1 (the 14-floor apartment complex)". In the report, the Lokayukta also says that the competent authority "shall take steps to implement this report within one month from the date of receipt of this report and shall intimate or cause to be intimated the action taken in this regard…within one month there-from".

Based on this report, the Principal Secretary of the UDD, D Thangaraj, wrote to the BBMP Commissioner asking him to cancel the plan, which Meena eventually did in December.

As noted earlier, on December 23th 2009, the Lokayukta submitted its second report, addressed to the Chief Secretary of the state government. This time the report recommended the action to be taken against the officials. This report seeks a departmental enquiry against the BBMP Commissioner Meena, Mukund, Director of Town Planning, Rangesh and Topgi, Members, Town Planning, BDA, BWSSB Chairman Ramamurthy and BWSSB Chief Engineer Venkatraju.

In December 2009, the Lokayukta issued its second report, recommending that appropriate action to be taken againt BBMP and BWSSB officials.

The BBMP Commissioner Meena has been indicted for relying solely on the the report by BDA officials and for ignoring the report made by his own Joint Commissioner after a site inspection.

Further, the report says that despite the BWSSB saying that no vehicular traffic is permitted on the embankment, the former Joint Director of Town Planning Topgi says that the two roads and the embankement should be considered as one road.

The report also indicts the BWSSB for not objecting to the sloping of the dead-end road, since such sloping would only enter their property (one of BWSSB’s reservoirs).

Regarding the fire safety officials, the report points to how casually the DGP acted, without verifying the ground reality. "At least subsequent to the complaint, she has taken some positive steps to see that fire protection measures are implemented".

About the respondents, the Lokayukta report says that they have all behaved in a manner "unbecoming of a public servant betraying the trust reposed in them". This is because, to overcome the existence of embankment between the two roads, "these public servants have coveniently stated that it could be treated as a median…All these circumstances only go to indicate that they are bent upon to give opinion to favour M/s. Bysani developers. Their conduct discloses utter disregard to law. They have tried to twist the law to suit their opinion so as to extend undue benefit to a person".

In its December 2009 report, the Lokayukta orders a departmental enquiry against BBMP Commissioner Meena, BWSSB Chairman Ramamurthy and other officials.

Finally, the Lokayukta report says that the report should be implemented within three months from date of receipt and intimate the same to the Lokayukta within one month there from. This means that the government should take action by the end of March.

After Meena cancelled the plan sanction, the builder Bysani Developers, went to the High Court’s vacation bench in December seeking a stay on the BBMP’s order to cancel the plan. The vacation bench ordered a stay on this till the next hearing. This case is yet to come up in court for hearing.

Why STPs for older apartments won’t work in Bengaluru

Apartment dwellers do not want to hinder the efforts to save lakes. However retrospective STPs are not going to work, say apartment owners.

What happens when the developer cheats the home buyers by taking their life savings and not completing residential projects on time? In a rare case, buyers fight back and bring the developer to justice.