He’s the monk who makes the cheese and sells it too! Father K L Michael. Administrator of Gualbert Bhavan, a monastery in KR Puram, is a priest with an alter ego as a cheese maker. 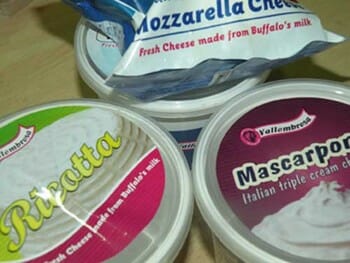 How did a priest from Kerala end up supplying cheese from Bangalore to the best of Italian restaurants and star hotels in the country? As Father Michael himself puts it, with a characteristic little smile tugging at his mouth, "It was a long journey."

A boy of 15, he was among 11 youngsters in the first batch to join the order when a Vallombrosan Benedictine Congregation was set up in Kottayam (in Kerala) in 1988. Five years later, he was sent to Rome where he learnt Italian and theology and prepared for a Masters in liturgy. As he studied and lived within the order, he began to develop a fondness for Italian food.

"We took turns cooking. At first I just threw ingredients together but soon I was able to make fairly good pasta," he says with a laugh. He was also able to observe at close quarters the various communities that the order nurtured. The Benedictine order follows the motto of prayer and work. When not meditating, the monks and priests engage in income generating activities that will fund the welfare work they do and also help in sustaining each house. Some of these activities traditionally revolve around food and drink. So while there is a community that manages the sale of religious articles, there are also communities involved in the preparation of wine and liqueur. For those who do not know, Benedictine – the sweet liqueur that goes well with brandy – was created out of herbs and spices by a monk in 1510.

Watching these skilled communities, Father Michael pondered over what kind of work he could undertake when he came back to India. Given his partiality towards spaghetti and its ilk, it was not surprising that his mind veered towards cheese. Father Michael was fortunate on two counts – he belonged to the Benedictine order, and spoke fluent Italian. This translated into easy entry into spaces that would otherwise have been closed. With the encouragement of his superiors, he travelled to cheese-making units and learnt the trade. To Aversa, located in the south of Italy, famous for its Mozzarella cheese made of buffalo milk, and to Naples – the place where pizza is said to have originated.

By the time he got back to India and was ordained as a priest in 1998, Father Michael was a liturgical scholar who also knew how to make varieties of Italian cheese. Two years later, when he was sent to Bangalore to establish a house for young monks, he set up Gualbert Bhavan and began work as a novice master, looking after the needs of the approximately ten to 15 students who arrive here annually. But cheese was not far from his mind. Having obtained used machinery from donors in Italy, he began to look around for good quality buffalo milk. After much research, he decided on milk from a village in Hoskote.

As he recounts his initial selling experience, Fr Michael is candid about his lack of confidence in his abilities as a cheese maker. "In 2004, I made the first two kilos. Then I looked up the Yellow Pages for Continental restaurants and picked Herbs and Spices in Indiranagar as it was not too far away. I introduced myself to the owner, requested him to try out the cheese and, when he agreed, asked him to let me know what he thought. A week later, he called and told me to get some more."

It was the beginning of a trajectory. Manjit Singh of Herbs and Spices, who knew people in the hospitality industry, put out the word. And Father Michael had no reason to look up the Yellow Pages anymore. Within no time he, and his assistant Father Joby, were supplying fresh cheese to five star hotels and Italian restaurants in the city. From there it snowballed to hotels in other cities and from there to Singapore where, according to Father Michael, "For two years we supplied approximately 100 kilos each month to the Pasta Fresca da Salvatore chain of restaurants."

Gualbert Bhavan now churns out 45 kilos of cheese each day. Despite the quantity produced, it remains a two-man show, with Father Jinse having replaced Father Joby. The Vallombrosa range, as the brand is known, includes smooth and creamy Mozzarella, small balls of milky Bocconcini, sweet flavoured grainy Ricotta, buttery Burrata, hard and salty Pecorino, tomato paste and olive oil infused Caciotta, rich creamy Mascarpone and, of course, soft stretchy pizza cheese. Except for Mascarpone that utilises fresh cream, all the cheeses are made from buffalo milk, which is creamier and richer than cow’s.

Father Michael recalls how, after his initial success with milk, he found that the supplier was watering down the product. So he cut out the supplier and bought 20 buffaloes, with the aim of ensuring that the source would remain pure. But maintaining the cattle became difficult and when he realised that they were spending more time managing the buffaloes than producing cheese, Father Michael sold off the animals. He then obtained the milk from various buffalo owners in Ramnagaram, an hour’s drive from the city. However, after an initial honeymoon period he found the sceptre of adulteration raising its head again. So it was back to legwork and surveys once again till he finally settled on a farm in Hosur. This is where he currently gets his 170 to 200 litres of milk every day.

Father Michael has recently produced Feta cheese (usually made out of goat milk) from buffalo milk. Though it has been well received, he intends to make Feta the traditional way; the idea being to start a cheese-making unit at the main house in Kottayam where they can also rear goats. The project will be launched by the end of this month.

Did he imagine a mammoth scenario like this when he started out? "Not at all," replies Father Michael, going on to remark in his mild-mannered way, "It just grew."   ⊕

Women are a majority in BBMP council: will they shine this time?

They face the criticism of not talking in BBMP council, while not being available over phone to the citizens of their wards. This time they outnumber men corporators in BBMP. What to expect from women corporators in this council?

Will BBMP reservation list spark yet another court battle?

BJP councillors allege foul play in the reservation list prepared by the government, as many of them are set to lose the eligibility to contest in their current wards in the proposed reservation pattern.