Citizens tend to be skeptical if not cynical of hearing about plans for Bengaluru, especially when even the most elementary projects get caught up in bungles and delays. Recently it was the turn of the Chief Minister B S Yeddyurappa’s ABIDe task force to release its own grand plan for the city’s development.

On January 14th this year, Rajya Sabha MP and Convenor of the Agenda for Bengaluru Infrastructure Development (ABIDe) task force, Rajeev Chandrasekhar released the Plan Bengaluru 2020, a 160-page document, in the presence of the chief minister. A list of actions items emerging from the plan is published here.

Described as a ‘dynamic document’, Plan Bengaluru 2020 has been "produced for ABIDe and presented to the government", says Chandrasekhar. ABIDe task force members claim that Plan Bengaluru 2020 is a blueprint for the broad set of policies and laws that the city requires to push certain reforms forward. Written in English, it contains sections on governance, traffic management, heritage, environment and sustainability, public health, education and so on. The document is currently being printed in Kannada. The content for this plan has also been taken from previous ABIDe reports on urban poor, heritage, roads, traffic management and transportation, and governance.

The document states that it will be continuously evolved as people read it and contribute to it, and hence the description ‘dynamic’. There is also a note in it to the effect that progress will be reviewed by an Annual City Report-card and an Annual State of City Debate/conference where the plan, its implementation and any new challenges are discussed and reviewed.

BBMP
Accepted the idea that each ward will have its own ward office where all BBMP services will be offered (instead of forcing people to go to different BBMP offices for different services)
BBMP ward offices will be called BBMP One
Changing focus of Detailed Project Reports (DPRs) from individual junction projects to corridor development projects as a whole. (i.e. DPRs will be done for the whole corridor). Examples where this is being done are: Hosur Road, Old Airport Road.

BDA
Has adopted a new town planning scheme for its layout development, involving urbanism and urban design
Moving away from focus on single family housing (single sites) to group housing. Examples of such layouts coming up: KG Layout, Devaraj Urs layout
Implementation of Dual Piping for layouts
Roads in BDA layouts will be built such that footpaths will be next to the property and the stormwater drains come next between footpaths and the road. Right now in BDA layouts the stormwater drain comes between the property and the footpath, and this causes problems for utility connections

Is Plan Bengaluru 2020 official? How does it become policy?

ABIDe Convenor Chandrasekhar is careful about the status of Plan Bengaluru 2020. "It is up to the government and the people of Bengaluru to make it a ‘Government Document’," he says, adding that "it can be made policy only if there is wide acceptance of this, amongst all those who care and are responsible for our city." 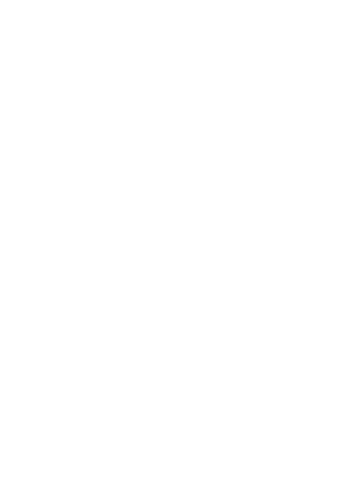 Ironically, even if the state government blesses it, the local self-government bodies that are needed to review such a plan and adopt a version of it through due process (altered or otherwise) do not exist. For example, a city council which is supposed to set policy for the city does not even exist in Bangalore, with elections having been put off for one reason or other.

Also, the 74th constitutional amendment requires setting up of a Metropolitan Planning Committee (MPC) for the greater Bengaluru Metropolitan Region or BMR. In turn, this has to be accompanied by the restructuring of city agencies such as the BDA, BMLTA, the BMRDA and others to make them report to the MPC and not the state government. (This is to complete the decentralisaion process as per the Constitution’s 74th Amendment). None of this is in place yet.

Plan Bengaluru 2020 itself proposes all of these reforms and more, such as elected ward comittees, and none of which (requiring new legislations) have thus far cleared the state cabinet.

So it is a policy blueprint released into a political void in the city.

Plan Bengaluru 2020 is also not a Comprehensive Development Plan or CDP. The CDP is a statutory document that is for use by town planners to regulate development of the city in terms of land use. As per the Karnataka Town and Country Planning Act 1961, this is revised every ten years. This is also done through public consultation. Bengaluru already has the Revised CDP 2015 – which itself was developed in a controversial way that led to citizens suing the state government in the High Court in 2007.

Chandrasekhar says that the foundation has financed the costs of all the volunteers, travel, research and other costs to plan and produce the document. Ask him why a private Foundation is funding a document for a government-appointed committee, he says, "We did make some initial efforts to get some funding from BBMP and GoK (Government of Karnataka) when ABIDe was constituted. The efforts were too complex and complicated and so instead of that delaying our work, we chose to approach Namma Bengaluru Foundation".

Plan Bengaluru 2020 carries the inputs of a community of individuals and experts in the city. Chandrasekhar says it is a consequence of "extensive consultation, debate and engagement with administrators, civil society and citizens, NGOs (for urban poor, environment etc)". ABIDe will seek feedback from the public and accordingly morph sections of the document. However, Chandrasekhar is quick to add that they "don’t expect the feedback or consultation to materially alter the architecture of the plan and its essence".

Citizen Matters spoke to various individuals and organisations, acknowledged in the Plan Bengaluru 2020 document for their contributions. However, many were not even aware of the document itself while others had not read it and did not know how to access it. On the other hand, most of these individuals had attended meetings called by ABIDe for discussions on their areas of expertise. Some reviewed the document and responded after Citizen Matters contacted them.

Kathyayini Chamaraj, Executive Trustee, CIVIC (Citizens Voluntary Initiative for the City) Bangalore, says she attended a public consultation organised by ABIDe in August last year to discuss the report on urban poor. At that meeting, Kathyayini says she presented the study carried out by CIVIC on slums and urban homeless. About the Plan Bengaluru document itself, she says some of their recommendations that have been incorporated include establishment of an Urban Poverty Alleviation Authority and providing a specific minimum quantity of free ‘life-line’ water supply to all slums, among others.

Another individual who has been acknowledged in the document is Dr Harini Nagendra, a Bangalore-based ecologist. Harini says she attended two meetings called by ABIDe, to discuss Bangalore’s lakes and water bodies. She adds that a bulk of her inputs were via e-mail on importance of street trees, the need for keeping urban ecology principles in mind, the need to restore lakes as lake chains and so on. "I see that these have all been included especially the map of S (South) Varthur lake chain which we (Kaikondanahalli Kere Abhivruddhe Samasthe – a group of local residents working with the BBMP for the restoration of this lake) had put together".

Sathyaprakash Varanashi, Convenor of the Indian National Trust for Art and Cultural Heritage (INTACH), a not-for-profit organisation, says that he attended two meetings called by ABIDe about five months ago, to give inputs on conservation and heritage but is not aware of what happened subsequently in terms of any report. M N Thippeswamy, Advisor, Urban Water Initiative and former (retired) Chief Engineer of BWSSB, says that he attended two ABIDe meetings about three months ago. He says his inputs were on alternate sources of water, waste water treatment and water resources.

The Bangalore Spatial Information Centre (BASIC) should established within BMRDA as a repository of spatial information about the city.

An Institute of Urban Planning and Governance within IIM, IISc or NIAS.

A Bengaluru Heritage Commission to be statutorily established to oversee heritage conservation efforts.The Bangalore Metropolitan Environment Authority should be established as the nodal agency for the management and regulation of environmental issues in the city.

The Bangalore Water Management Authority should be established within BMRDA, where it shall function as the regional planning arm responsible for all issues of water supply, quality, conservation, management, pricing and distribution.

The Bangalore Metropolitan Public Health Authority should be created to address all issues pertaining to public health and medical services in the region.

The Bangalore Urban Poverty Authority should be established within BMRDA, where it will function as the regional planning arm for the development of the urban poor.

The Bangalore Metropolitan School District Authority should be created to address all issues pertaining to public-funded education in the BMR.

A Crisis Preparedness Group should be established, including senior officials from the police as the well as the civil services.

A dedicated Risk Assessment and Analysis Group must be established, composed of public officials from the police, intelligence, IT network security and so on.

A Crisis Management Command and Control Centre in a secure location.

Even as these individuals have interacted with ABIDe on various fronts, some of them like Kathyayini express their apprehension about the Plan Bengaluru 2020 document. She says such vision documents can be prepared by anyone and is not legitimate. She however insists that before anything is made official, it needs to be extensively debated and taken through the democratic process of decision-making through wide public consultation. "Just because ABIDe is submitting to the government, doesn’t make it official. It’s up to the government to adopt them", she says.

P Lakshapathy, Executive Director, Association for Promoting Social Action (APSA), a grassroots community development organisation, says ABIDe cannot take decisions in the absence of a local government. "Maybe they would have done groundwork and prepared the document. But only after the BBMP elections, they need to discuss and get the people’s mandate. It has to be debated and discussed in ward committees", he says. Lakshapathy himself has interacted with an ABIDe member Anita Reddy on urban poor issues, specifically child rights.

Members of ABIDe are looking to make as many people, Resident Welfare Associations, legislators, politicians, media "aware of this document as a potential solution to the challenges of our city and as a roadmap for the next few years of decision making and planning", says Chandrasekhar. He however did not respond to a question on how the document itself will be widely circulated to receive public feedback. Neither does the list of action items say anything about public consultations being planned.

Plan Bengaluru also states that a new website www.nammabengaluru.gov.in will be the official city website for interaction between government agencies and residents. Chandrasekhar says, "I hope the website can come about soon. The responsibility is with e-governance department to get required domain clearances and start implementing it".

As noted at the beginning of this report, ABIDe has created a list of actions items emerging from the plan. This is published here. ⊕

Welcome to the Mummy Pick Up & Drop Off service. Applicants also need to be good multitaskers and skilled in one-handed operations.

Bengaluru is the unofficial capital of running. And the city hosted its first awards for its passionate achievers, organised by runners themselves.

For her, sports is life’s cure

She is a BCCI certified A level cricket coach. The underprivileged children in Bengaluru who train with her are plain lucky. She could easily be coaching a major league state team.