Aneesh Vidyashankar, 18, is a violin player and student of architecture based in JP Nagar VI phase. He gave his first violin solo concert (classical carnatic style), when he was just eight. 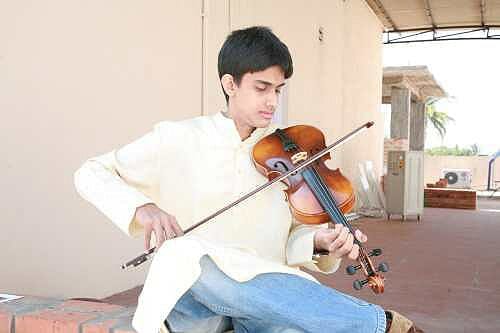 He has given solo violin concerts at ISKCON, Chowdiah Memorial Hall., The Bangalore Club., Bangalore Gayana Samaja., The Bharatiya Vidya Bhavan, Indian Institute of World Culture, and many more concerts.

His album Pure Expressions has been released by Kosmic and Sangeeta Music Recording Companies. An eight week episode ‘Divine Melodies’, an exclusive programme by Aneesh Vidyashankar, airs on Sri Sankara TV channel, every Sunday starting at 11.30 AM.

Self-assured and articulate 16-year-old Karthik Bharadwaj has participated in many quiz competitions and olympiads. Bharadwaj is studying in 11th standard at St Paul’s School in JP Nagar. 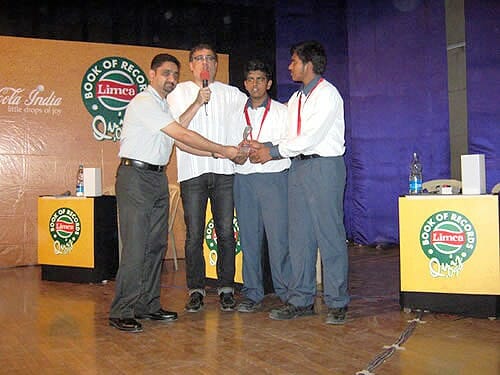 The teenager along with team-mate Pavan Kumar finished third at the Limca Book of Records Quiz held on December 16th 2009 at New Delhi. He says that just reaching the finals was exciting and he even got to meet tennis star, Mahesh Bhupathi, who was the chief guest.

His first poem has been published in Poetry International (a internet forum for poetry) and he also enjoys writing songs. An avid reader, he is looking forward to a future in animation. ⊕

About Anuradha Prasad 5 Articles
The author has not yet added any personal or biographical info to her or his author profile.

Seat reservation for the upcoming city council elections were announced early this week. Who can contest from your ward? Check out this long-delayed list.

Builders must get occupancy certificate before handing project over to buyers: Consumer Court

If the builder hand over the apartment before completion of formalities, what can the buyer do? Law is on the buyer’s side – apartment is considered ready only after Occupancy Certificate is given.

The weaving of a silken dream

Read on to discover how a silken dream was woven by Tipu Sultan, the Maharajas of Mysore and Jamsedji Tata to make Bengaluru the pioneer of sericulture.