A weekend outing recently turned out to be a journey into the past. At a workshop on varma kalai – a martial arts hitherto obscure and hidden in the shadows of time – instructor Kumar C S K, 24, dealt with its nuances beginning with "if you use varma kalai in self-defence to hurt someone, you need to heal that person soon after." 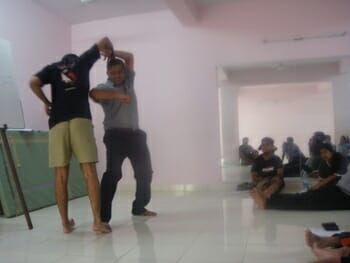 The event was organised by Independent Shootfighters Inc at Indian Heritage Academy, Koramangala, from December 12-13.

Coimbatore-based Kumar has been practising varma kalai for six years although his dedication to various forms of martial arts like karate, muay thai, and thekkan kalari began when he was just 11.

What is varma kalai

Said to have originated in Tamil Nadu, it is believed that varma kalai came down from Lord Shiva to Goddess Parvati to Lord Murugan, and finally to sage Agastya. It refers to the action causing loss or blockage of vital energy known as ‘prana‘, ‘chi‘, or ‘qi‘. The actual points or nerve junctions are called ‘varmam’. The systematic study, art, or method of performing the actions through martial arts/self-defense is varmam or varma kalai. The master of this art is aasaan – meaning "guru" in Tamil.

Like any martial arts, varma kalari or kalai is meant for self-defence. It teaches one to attack with or without weapons. Though the target is the vital pressure points in the human body, the emphasis is on stopping the attacker without actually damaging him permanently. Each pressure point has a subsequent healing point. Once you attack a pressure point, it is ideal that you heal the individual. Each point has a contrasting ‘adangal’ or a cure point; the same points also have healing applications. For example, if one point causes leg injury, it can heal arthritis when massaged correctly with the right amount of pressure. It is said to be the Shiva Shakti principle or the Yin and Yang principle. 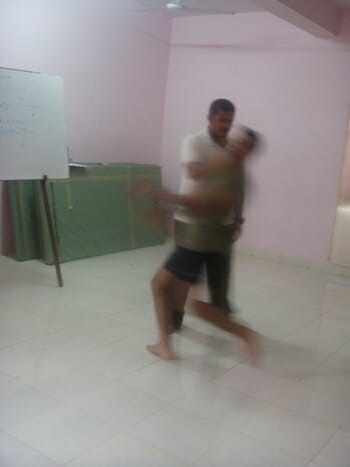 Like any martial arts, varma kalari or kalai is meant for self-defence. Pic: Sindhu Kashyap.

"Martial arts and healing go hand in hand. All ancient martial sciences emphasised this. Healing systems like siddha vaidyam, ayurveda, and accupressure work with the same goal in mind. Martial arts may be a little difficult to understand in the beginning. But the essence is they bring upon a connection between the body, mind, and soul – towards making a better individual," says Kumar.

Some of the varmam points can cause unconsciousness, organ failure, even death, or delayed death in extreme cases. Healing techniques must be exercises immediately after the strike or within a few hours. This art works even on multiple attackers as the pressure-point strikes are very quick and subtle.

"I was very fortunate to have selfless teachers who taught me with genuine concern. Besides, I also have a large network of friends trained in different forms of martial arts and we share whatever we know with one another," adds Kumar.

Apart from revealing the secrets of this art, the workshop left the audience spellbound.

"The workshop was very fascinating. I never realised that ancient Indian martial arts spawned other martial arts. There is so much of cultural treasure buried deep inside these ancient arts. We must keep them alive," says Vivek, software engineer, Padmanabhangar, who attended the workshop.

"Indian martial arts are the basis of the modern martial arts. For instance, Tai Chi is said to be based on "Shiva thandava" according to some manuscripts. It is necessary that something is done to preserve them. This workshop was a small step towards achieving that goal," says Ashwin Mohan, head-coach of Independent Shootfighters Inc.   ⊕

Citizens protest against multicrore project coming up in Bellandur

The barricades placed on the road to the protest spot were removed after the protesters questioned the need.

If you have a vehicle registered outside Karnataka for which you haven’t paid lifetime tax yet in Karnataka, you may have to pay it soon. Here’s why.