While many parents prefer traditional, mainstream schools, there are others looking out for options. Tradition has edged the mass towards mainstream schools with blackboards and report cards, but a growing number of parents in Bengaluru are opting for an alternative method of education – alternative schools.

The names one usually comes across while mulling over alternative education are Montessori, Jiddu Krishnamurthi, Steiner/Waldorf, Reggio Emilia, etc. While following these schools of thought, some schools do bank on their own home-grown methods of teaching too. Some of the better-known unconventional schools in Bangalore are The Valley School, Centre for Learning, Shibhumi, Poorna, and Prakriya.

Why the shift from mainstream schools? 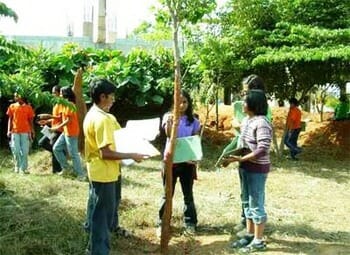 Science is all around us: A biology class at Prakriya. Pic: Prakriya.

Over the years, mainstream teaching has come to be associated with rote learning, lack of scope for creative thinking, and children not being encouraged to address problems and come up with workable solutions. This system is generally blamed for Indians not coming up with innovative, creative products for the world.

G V Dasarathi, who is in search of a right kind of school for his 13-year-old daughter, wonders why inventions such as cycle, aeroplane, oven, telephone, etc. and global brands like Boeing, Apple, Google, etc., are not Indian. When it comes to recent inventions, he feels “we as a culture seem to lack creativity in a big way”.

Why shy away from alternative schools?

A common explanation I hear from parents who have chosen mainstream schools is the need for rigour and discipline that some believe is lacking in alternative schools. “Creative thinking and free spirit is a good thing, but it can come later when rigour is already a part of life,” seems to be a common thought.

Sridhar, father of a six and a four-year-old child, equates the rigor of primary education in mainstream schools to practice in sports. He believes that the fundamentals must be well-ingrained before considering a radical shift. “One doesn’t start out becoming a great player from day one; one must train over and over again and get the basics right,” he says.

Although his children are currently enrolled in mainstream schools, he is open to exploring alternative schooling at a later stage, when they are old enough to know the difference for themselves.

Is there an ideal methodology?

Nagini Prasad, who has previously taught in different alternative schools and is currently with Center for Learning, doesn’t buy into any ‘ideal’ methodology. However, she does agree that there are some common threads – like informal student-teacher relationships, importance given to non-academic activities and most importantly, the encouragement given to children to question – that are imperative for effective learning.

“All methodologies have their strengths and weaknesses. Some work for some children and other methodologies for others.” she adds.

Nagini says that there are a few critical factors to be considered while teaching children:

1. The child’s emotional health – this can potentially have a significant effect on their learning, retention, and interest levels.

2. Children’s curiosity must not be dampened for the sake of implementing a methodology; they must be encouraged to question themselves, each other, and their teachers too.

Uttara Shahani went to an alternative school after she was out of a mainstream school in Mumbai. “In Mumbai, I carried a heavy schoolbag, was constantly tired, and had this unmistakable sense of pressure looming over me.” However,  at the alternative school, she enjoyed her classes although she was into various other activities such as violin lessons, hikes, yoga, pottery, etc. In fact she believes that it is because of these activities that studying became easier.

Meera Iyer, a freelance writer who sends her two children to Shibumi School, says, “without exception, I have found those educated in alternative schools to be more inquisitive, fearless, and capable of critical and creative thinking.” She believes that it has a lot to do with the teaching methodology, especially the absence of rote-learning.

Approaching everything in life actively, by constantly questioning rather than being passive seem to be the factors appreciated by most students of alternative schooling. Also, exposure to music, arts and craft, and non-traditional activities such as modeling in cardboard, papier mache, photography, and pottery, seem to hold their interest intact.

Shripriya Mahesh, another alternative school alumnus says that her alternative school was really bad at preparing students for exams. She was taken out of her school at the end of sixth grade – when the first batch of students went through public exams and results weren’t too good. She then was sent to a mainstream school with lots of tests, where she felt paralysed to face even the simplest of them.

However, she goes on to add, “In retrospect, leaving that school when I did was the perfect right thing; just like spending my youth there was also the perfect right thing. I couldn’t have spent my childhood in a better environment,” she says. While the tests were a challenge initially, she overcame it. She later went on to graduate from Harvard Business School.

Alternatively educated kids may find it harder to conform to the standards in society and keep up with milestones at work and in a marriage is another common perception. 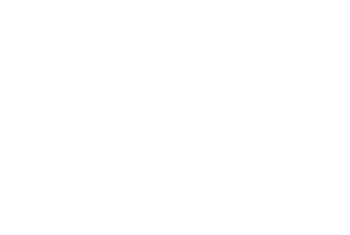 Maths in the kitchen: Children use dough to learn about three-dimensional shapes during a mathematics class at Shibumi. Pic: Angela Jain, Shibumi.

The website of Center for Learning says, “CFL should be affordable to all parents seriously exploring alternative education, and fees should never be a criterion for admission.” The website also points out that fees are responsive to family income and that more than a third of our students receive scholarships every year.

Meena Sivaraman, Masters in child development, says, “most importantly, parents have to decide on schooling options taking into consideration what kind of person they want their child to be.”

She thinks that after a child has been in a certain school for a few years, parents will get an idea of the child’s ability, skill, and aptitude. Based on the child’s personality, teachers’ feedback, one can change the school, if need be. Even though parents think hard over the right methodology for their children, it is quite certain that the choice can be a gamble. It is hard to know beforehand what will work best for a child.

Nagini says that one cannot generalise across the spectrum of unconventional schools as each school has its vision or a value system. Some schools hope that they can foster an interest in looking within oneself rather than look for happiness elsewhere. An interest in this form of reflection seems to be an important life-skill which definitely contributes to a child’s growth and ability to face the world, she concludes.

Rema Kumar, the head mistress at Prakriya hopes that the students at Prakriya will be more conscientious, sensitive, empathetic, compassionate, and aware of the world around them because of their experiences at school

Meena says that much depends on the parents and the family environment. The most important thing for parents is to decide on schooling option taking into consideration what they want their child to be in life – not a career, but the kind of person they want their child to be. Besides the decision of choosing the school, parents must also be involved in the child’s learning and facilitate the process – which is a life-time commitment.   ⊕

About Chitra Aiyer 6 Articles
The author has not yet added any personal or biographical info to her or his author profile.

Revisit history, get blessed too

You’ve heard of Nandi hills but did you know that there are centuries old temples at the foot of it? Or that Sir M Vishveshvaraya’s birthplace is just 7 km away from Chikballapura?

16 schools battled it out on the football ground. A Bengaluru school won it by a single penalty goal. All the action from the inaugural Equality Cup of the Parikrma Champion Football League.