Sharad and Sheetal Agarwal, a young couple living in South Bengaluru spend Rs. 500 and above on drinking water every month. They bought a water purifier from a reputed company three years ago but felt it wasn’t safe after frequent gastro problems.

“Our building receives water from tankers mainly and we aren’t really sure of the source and how effective our purifier is, so we felt buying 20 litre Bisleri bottles was a safer option,” Sheetal says. The couple plan to acquire a new water purifier but are not sure which system would give them foolproof protection against contamination and water borne diseases. Terms such as  activated carbon, reverse osmosis, ozonisation, etc., can also be confusing in this case. 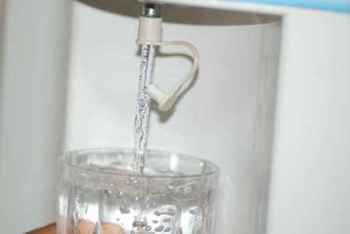 Like the Agarwals, several families in Bangalore wonder what to look for when buying a water purifier that is really effective against chemicals and contaminants than just going by the tall claims of manufacturers. Citizen Matters approached S Ramani of Consumer Association of India, to find out how to buy an effective water purifier for your home. We also got some inputs from India Water Portal, an initiative of Arghyam, an NGO working in the water sector.

If you really want to be sure of the quality of water you are drinking and be thorough in your pre-buying research, then the first thing to do is to test the water your receive at home, says Ramani. The process isn’t difficult. You can contact water testing labs in Bangalore such as  Essen Labs in Malleswaram (080-23341230/1567) and give them two litres of water sample in any clean bottle washed with hot water. They conduct a total of 33 tests to check for chemical, bacterial contaminants and give you the report in 12 working days. The cost works out to about Rs. 993. You could also contact Ion Exchange in Indiranagar or Aqua Diagnostics in Hosur Main Road for the same.

Ramani says concerned citizens should “keep the lab test results in mind when shopping for a purifier.” He further adds that “there are ads for a portable Water Test Kit, around Rs. 50 per test. (One such possible source is Himedia Laboratories). These kits claim quick results for chlorine, lead, nitrate, nitrite, two pesticides, pH, and total hardness. These also claim to test for bacteria but may require waiting 48 hours. This may be a good test if you are in the habit of buying large water bottles for home use.” If you find the tests expensive, Arghyam can do indicative tests for free, post which you can take the samples for lab tests if necessary.

While no bacteria is permitted in drinking water, as per the Bureau of Indian Standards (BIS) drinking water specification, the Nitrate permissible limit is 40 parts per million (PPM) and TDS is 500 PPM. According to a report in Down To Earth, a science and environment magazine , a BIS revision started in 2003 introduced limits for 18 pesticides and four disinfection byproducts. However, it is still in the draft stage.

Failure to follow will lead to cancellation of licence. But each and every bottle is not and can not be tested by BIS, says Ramani. Market samples should be tested by Health Department officials according to PFA rules. Ideally, an NGO should take up such studies in the interest of public. And there should be support from the public health departments, BIS and public.

Once you get your water tested, the next best thing is to find out the kind of technology you need to remove contaminants from water. “The water purifier needs to remove undesirable chemicals, materials, and biological contaminants from raw water and make it fit for human consumption. In general, the methods used include physical process such as filtration and sedimentation, biological processes such as slow sand filters or activated sludge, chemical process such as chlorination and the use of radiation such as ultraviolet light,” Ramani adds. What the purification process does is reduce the concentration of particulate matter including suspended particles, parasites, bacteria, algae, viruses, fungi; and a range of dissolved and particulate material derived from the surfaces that water may have contacted with.

Activated carbon: This is a form of carbon (usually charcoal) that has been processed to make it extremely porous providing large surface area for adsorption or chemical reactions. Activated carbon filters use granular carbon or blocks of powdered carbon that can remove pesticides, chlorine, and other chemicals found in tap water. It is a more commonly used technology and according to the third edition of WHO’s guidelines for drinking water quality, technologies such as  activated carbon and ozonation are most suitable for removing pesticides and other organic chemicals, says a report in Down To Earth.

Reverse Osmosis (RO): This is basically filtration at molecular level. Mechanical pressure is applied to an impure solution to force pure water through a semi-permeable membrane. It is reverse because under normal osmosis, pure water moves into the contaminated water without any pressure. Reverse osmosis is theoretically the most thorough method of large scale water purification available, although perfect semi-permeable membranes are difficult to create. Unless membranes are well-maintained, algae and other life forms can colonise the membranes. Secondly, this is a very slow process. RO is required in your home if the Total Dissolved Solids (TDS) exceeds the upper limit, according to the India Water portal. RO is also suggested if you live close to an industrial area and your water may possibly be contaminated with sewage, pesticides, heavy metals, industrial effluents.

SOLUTIONS TO KEEP IN MIND

Always read the manufacturer’s claims carefully: Even within a specific brand, contaminant removal claims may vary. Match the filter to the contaminants in your water.

Consider total long-term costs. Filter replacement can cost low or set you back Rs 3000 or more. So find out how frequent changing candles or membranes and maintenance is. RO filters for instance cost upwards of Rs. 8000 and need to cleaned and examined regularly. The pre-filters and RO membranes also need to be changed. It is also said to lead to a lot of wastage of water.

Life span of system: Theoretically, the system should work as long as proper maintenance is done. There are rarely any moving parts for wear and tear. The additional expense need to be kept in mind is the Annual Maintenance Cost, the cost of consumables like filter candles, cartridges should be included.

Good old boiling: If you find that buying a water purifier with the requisiste levels of purification costs too much and you cannot afford to spend on packaged drinking water as well, then a good measure is to get an inexpensive system with simple filtration and boil that water, says Ramani.

Rain Water Harvesting (RWH): As the India Water Portal points out, RWH is a useful permanent solution if your source of water has unacceptably high levels of TDS or hardness. More information here and here.

According to Ramani, the main purification techniques are boiling, filtration, disinfection, pH adjustment and turning  hard water soft using ion exchange resins. The water purifiers available in the market usually integrate some of these techniques. Most of these mainly start with filtering to remove the dissolved solids and use Ultra Violet (UV) rays to reduce the threat of bacteria.

Most manufacturers come up with tall claims about their product. How true are these? For example,  we often hear in ads that Product X has been certified by the Indian Medical  Association. How true are most of these claims?

According to an article in Down To Earth, the Centre for Science and Environment, Delhi, checked a certificate issued by the Indian Medical Association (IMA) to popular water purifier manufacturer Eureka Forbes in 2004 and found out  that the IMA does not really test the purifier before issuing the certificate.

The standards for drinking water quality are typically set by governments or by international standards, says Ramani. “These standards will typically set minimum and maximum concentrations of contaminants for the use that is to be made of the water.” he adds. The Bureau of Indian Standards (BIS) does have standards for some water purifiers such as  UV filters and candle filters.  But we understand that these standards were developed between 1979 and 1999, when it was believed that water purifiers were meant to remove only bacteriological contaminants.  Besides, these standards only apply to water that is free of chemicals and suspended matter. The sought after RO  systems are also beyond  the pale of standards.

Housing projects that will be ready in 2011

If you are looking for a home to occupy this year, there are options aplenty. South Bengaluru is seeing a spurt in residential projects followed closely by North Bengaluru.

Six reasons why Bengaluru apartments are not reusing their wastewater

Reusing wastewater is a critical step for conserving water, but what is holding back large-scale reuse? Researchers have identified six important factors.

A step by step guide to paying property tax to Bruhat Bangalore Mahanagar Palike, for the year 2009-10.