Thirteen-year-old Rohan (name changed on request) was admitted to a private hospital around two weeks back after being down with fever for more than five days. A Cox town-based doctor prescribed antibiotics, but when the fever did not subside, his parents took him to a pediatrician in Kammanahalli, who recommended that they get some blood tests done. The tests revealed a drop in his platelet count, a symptom of dengue, after which he was admitted to Mallya hospital on Vittal Mallya Road for platelet transfusion. Rohan received one unit B+ platelets after which his condition improved, much to the relief of his parents.

This is just one case of dengue in Bengaluru. With the monsoons having set in, city doctors say that chikungunya and dengue are rampant now. Says, Dr S V Chowti of Mallya Hospital, “The scene is bad. Did you see the crowd today? Most of them are coming with these symptoms”. He points to the pile of files on his desk and says every third case is chikungunya or dengue. Presently, three patients are admitted in the hospital for platelet transfer, he adds.

Do we have accurate numbers?

Previously, chikungunya was restricted to some areas in the city. In 2008, 71 cases of chikungunya were reported by the BBMP, the most affected area being Srirampuram. In 2007, areas of West Bangalore like Vijaynagar and Kamakshipalya were affected. But this year, both doctors and BBMP officials say it is widespread.

The Bruhat Bengaluru Mahanagara Palike (BBMP) maintains a record of the number of fever cases, blood samples collected for chikungunya, positive cases for dengue and chikungunya and number of dengue deaths. But these are only from hospitals that send blood samples to the National Institute of Virology’s (NIV) field unit at Victoria Hospital. Accounting for that, it has recorded 46 cases of dengue since January this year.

(1) If any medical practitioner becomes cognizant of the existence of any dangerous disease in any private or public dwelling in the city, he shall inform the Commissioner, the health officer or the sanitary inspector of the division, with least practicable delay.

Dr L T Gayathri, Chief Health Officer, BBMP, says hospitals are supposed to send blood samples to NIV. “If hospitals know the KMC Act, all of them have to send a report. Two to three years back we told them. Every year we can’t tell them. It’s their responsibility”, she says, adding that the numbers of chikungunya and dengue cases sent by hospitals are not considered unless the blood samples are sent to NIV. The BBMP’s data is from nursing homes, government hospitals and BBMP hospitals, she says.

Dr Bobby Joseph, Professor of Community Health at St John’s Medical College agrees that all dangerous communicable diseases (like cholera and plague, i.e. not just chikungunya and dengue) have to be reported. However, he says that accurate diagnosis of chikungunya or dengue for private practitioners is difficult because of lack of facilities in small clinics. "If the medical practitioner strongly suspects either chikungunya or dengue he will refer the patient to a bigger hospital where they would collect samples and send to the NIV", he says.

There is a definite rise compared to last year, says Dr B G Tilak, Medical Superintendent of Victoria Hospital. “In June, we had 15 chikungunya cases and 3 dengue cases”, he says. At St. John’s Medical College Hospital on Sarjapur Road, there were ten confirmed cases of dengue and no chikungunya cases in June, says the Associate Medical Superintendent, Dr Savio Pereira.

The numbers clearly don’t add up. This, even as Prasad says they send a report to the Corporation every week.

Back and forth on the causes

The rise in the number of chikungunya and dengue cases this year is because of intermittent rains, says Gayathri. Also, Bangalore has a large migrant population and they may also carry the virus from endemic areas, she says. “Before the monsoon started, our Commissioner was interested in preventive action rather than curative action”. She says the BBMP is fogging once a week in all areas especially vulnerable areas like slums. “Camps were conducted to make the public aware. Fever cases are screened. From January to now, we got 5897 suspected chikungunya cases, 338 tested positive”, Gayathri adds. 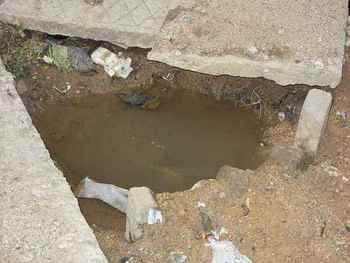 Doctors on the other hand, point their fingers towards the BBMP. Pereira states that the reason for the increase in chikungunya and dengue cases is bad water and sewage services in the city. Prasad agrees with Pereira. He says, “This epidemic has been there since 2007. It started in Karnataka. There is no treatment. Prevention is the only thing. That we are lacking. Mosquito menace needs to be controlled. This time it has been quite a lot”.

This view is also echoed by Dr M Vishwaradhya, Medical Superintendent of K C General Hospital. “It is up to the BBMP to keep water bodies clean”, he says, adding that they get at least 20 suspected chikungunya cases everyday. Mosquito breeding takes place in stagnant water, either clean or unclean.

Writer and consumer activist Sakuntala Narasimhan has been down with severe joint pain and high fever for about ten days. Though blood tests turned out negative for dengue and chikungunya, doctors told her it is a viral infection. This senior citizen complains about the mosquito menace because of garbage outside her house. Coconut vendors and pani puri carts dirty the pavement near her house in Jayanagar 4th Block, she says. As water collects in coconut shells, tyres and other discarded items, it becomes a haven for mosquitoes to breed.

She also wrote letters to BBMP officials, including the present Commissioner Bharat Lal Meena and previous Commissioners since K Jairaj. “The filthy rubbish is left piled on the pavement, posing a health hazard to us in the area. The pourakarmika does not remove it. What do I need to do, to get action?”, she writes in her letter to Meena.

It is all in the hands of the public, says Gayathri. “Public participation is 100 per cent necessary”, she says, adding “We go house-to-house. We do source reduction activity. We ask people to show water containers. We have a team to do this. We don’t go to every house. We go to vulnerable areas”.

So is Bangalore prepared to tackle this epidemic of sorts? Do we have a surveillance system in place?

“We are prepared”, says Gayathri. “But it’s the public who have to keep their immediate surroundings clean. See, inside people’s houses we can’t do anything. I can’t say anything about public attitude, so-called civilised public”, she says dismissively.

Tilak of Victoria hospital replies, “It is difficult to say as a government official. The BBMP should do (surveillance). It all boils down to keeping the city clean. Mosquitoes need to be reduced”.  India has a poor public health record, says Pereira. “That is the bottom-line. Public health resources are not utilised properly. We have to be concerned about water-borne diseases”, he adds.⊕

Mosquitoes thrive as BBMP spends crores on their eradication
Chikungunya and dengue: prevention and treatment

A reality check on the real estate in Namma Bengaluru.