India is the treasure house of knowledge on medicinal uses of more than 7,500 plant species. But, we are in danger of losing this knowledge through our indifference to these ancient systems unless there is a process of transferring this treasure trove to our future generations. It needs a continuous linkage to these healing plants. A Bangalore based organisation, The Foundation for Revitalization of Local Health Traditions (FRLHT), has been focusing on bringing these systems within reach of households.

"Health begins at home" is the concept that FRLHT has been promoting with their "Amruth Home Herbal Gardens" program for citizens of Bangalore. The aim of the program is to bring the benefits of simple herbal remedies for most common ailments, to the people, by helping them grow herbs in their home gardens, terraces or balconies. 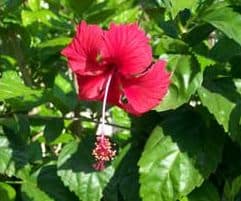 The research team at FRLHT has identified approximately 26 common day-to-day ailments for which herbal remedies are effective and easily available. These remedies are based on many generations of knowledge and application as recorded in the texts on traditional health systems and still practiced among various rural and tribal communities.

Under this program, FRLHT provides people with sets of herbal plants along with the know-how on how to maintain them. There are three packages designed to suit the space availability in households. A basic package comprises of seven species of plants including some well-known ones like:

Similarly, the second package has 14 species and for those who have the space and inclination, they can go for the third package of 21 species. The packages come in nominally priced kits, which includes besides the plants, a handy "User’s Guide" on how to use and maintain the plants. FRLHT also organises training programs on usage of these plants on their campus on weekends for groups of people who are interested.

"In the last four years that the program has been running in Bangalore, over 6,000 kits have been distributed," says Dr K Haridasan, Jt. Director of FRLHT. FRLHT campus is located at Jarakabande Kaval, Yelahanka, Bangalore, approximately 10 kms from Hebbal flyover. (Take a left turn after the CRPF camp on Dodaballapur road.) They have been working away diligently, for the last 15 years, to identify the medicinal plants and build a digitised database of the plants, their uses, formulations and their names in various Indian languages including Sanskrit. They have also created a herbal garden on their 5-acre campus using native medicinal plants. 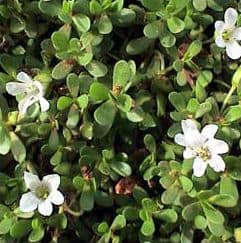 The home garden kits are available through their campus nursery. "We also participate in exhibitions and fairs like that in Lalbagh where the kits are given out. Currently we are working on tie-ups with stores and nurseries in Bangalore that can stock these kits and act as distribution points," says Dr Haridasan. "We also support institutions and corporates who want to set up herbal gardens or landscapes on a turnkey basis," he adds.

For the Herbal Home Garden kit

FRLHT is commemorating “International Biodiversity Day” — 22 May 2008 — by inviting schools in Bangalore to participate in the “Green Ambassador” competition.

Schools have to register a team of 10 interested students and a biology teacher. The students have to create a database on local plant biodiversity. Assistance will be provided by FRLHT.

The best team wins a rolling shield which will be given to them on 22nd May. Interested schools can contact Suma T S, Research Officer FRLHT.

In an age where time is money for the upwardly mobile, health is one of the casualties that happen along the way. The allopathic system of medicine is designed to offer many quick-fix solutions to keep people on their feet. There are many common ailments for which we usually end up at a doctor’s door and come back with a bunch of medicines, tonics and a hole in the pocket.

Besides, many of us are quasi-doctors. Not only do we prefer self-medication but we shower on others advice on which drug is the "wonder drug" for their ailment. And in India many common drugs can be got off-the-shelf without a prescription. The most popular ones are the heavily advertised drugs having paracetamol and aspirin and marketed under their brand names.

There are other issues which we have just started to understand, like for example that raised by a study of drinking water in the US by Associated Press, which found a cocktail of pharmaceuticals in their water.

Due to increased awareness about the harmful side-effects and adverse cost-benefit ratios of the mainstream allopathic medicine, many people look out for options. The traditional Indian health systems like Ayurveda, Siddha and Unani, and others like Homeopathy and Naturopathy are slowly gaining mind-share at a global level. These systems rely on herbal and holistic remedies instead of synthetic and symptomatic drugs and when practiced in the right way, are devoid of harmful side-effects. ⊕

An early morning at Lalbagh

You’ll have a range of wildlife to keep you company during your walk, from the rare Golden Oriole to the squabbling Pond Herons and more.

Water is a contentious issue in the city today. And this man helps people make effective use of rainwater and recharge borewells.