117 children of waste pickers in Bangalore received scholarships worth Rs 2,16,450.

The scholarship programme, initiated by Ministry of Social Justice and Empowerment at the Union Government level, is extended to all pre-matriculation students, who are children of parents engaged in ‘unclean occupation’. When the scholarship programme was rolled out, the government had not included waste picking as an occupation in the eligibility list. The consistent efforts of the Alliance of Indian Wastepickers led to the inclusion of waste pickers as well.

Many organisations across India pursued the case of inclusion at both the state and municipal level. In Karnataka, it was the efforts of Hasiru Dala which bore fruit. Hasiru Dala facilitated the application process for 224 children, of whom 117 received scholarships. Each of these scholarships amount to Rs 1,850 per child.The scholarship application was made to the Department of Social Welfare, Government of Karnataka.

Pic: Each of the 117 children received a scholarship amount of Rs 1,850. Pic: Kabir Khan

The application form for availing the scholarship was issued online on the department website. To avail the scholarship, a joint savings account had to be opened in the name of the parents and the child at any nationalised bank. Organisation activists printed and filled the forms, and submitted them manually to the department. The scholarship is open to all children studying in government or private schools. 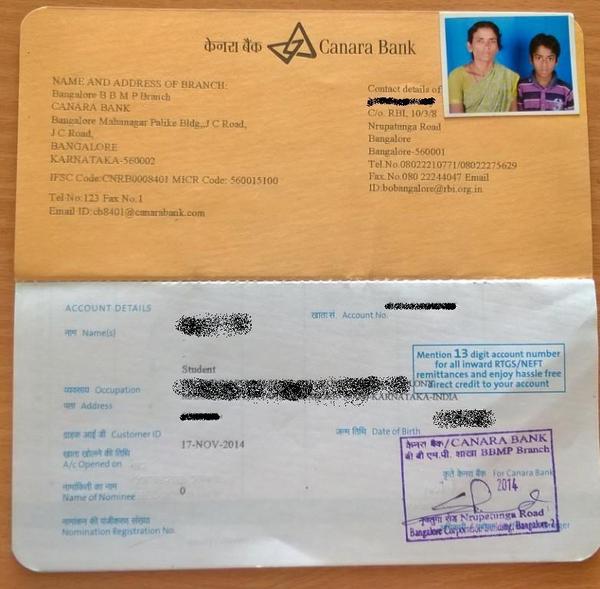 A passbook issued by Canara Bank for one of the scholarship students. Pic: Kabir Khan

There were several challenges in initiating the process, including opening the bank accounts. The banks were reluctant to open a zero balance joint account in the name of the mother and the child. Availing the certification of enrolment of children in the schools was another setback.

It is believed that there will be lesser number of obstacles in renewing the application every year, which is to be done by the school administration, depending on whether they have internet connection or not.

This article was first published on Waste Narratives and is republished here with permission.

About Kabir Khan 1 Article
Kabir is a geographer by academic background and is currently coordinating Alliance of Indian Wastepickers, a national network. He writes regularly on www.wastenarratives.com and maleccha.wordpress.com. He is also a board member of Indian Youth Climate Network.
Website

Forget the Cauvery river for once, and think water!

Instead of crying foul over the water lost to our neighbour and igniting passion, there’s a lot more we (and the governments) can do. Zenrainman shares his 8-point mantra!

‘Strictly no right turn at the Intel junction on Outer Ring Road please!’

Here’s an open letter to Bengaluru City Traffic Police, on reducing the traffic problems on Outer Ring Road. Additional Commissioner of Police – Traffic, M A Saleem had asked for citizens’ suggestions on the issue.