I have run a full marathon and a couple of half marathons but I never really enjoyed running. I did it more as a chore, somewhat like eating healthy food and doing laundry. That is until I started running with Asha, an NGO working on children’s education in Bangalore. Initially it started with a curiosity as to what drove Santhosh Padmanabhan, an Asha volunteer and marathon runner in Bangalore to do a 24 hour/156 km non-stop run. I learnt that it was a fund raising activity for education related causes. Padmanabhan, a software engineer, spends innumerable hours in education related volunteer work. Intrigued, I started running with Ananya (a school Asha supports) where he trains children to run marathons (as a part of an Asha project).

Soon my boring runs were converted to catching up with a bunch of chirpy kids, dealing with their antics, answering their numerous questions, getting some kids out of their shells and teaching them various things. Added bonuses were Shivamma’s breakfasts in the school kitchen, volleyball practice and great camaraderie among volunteers. Then came Team Asha 8K fund raising run where I became a full fledged organizer, making it a full circle. 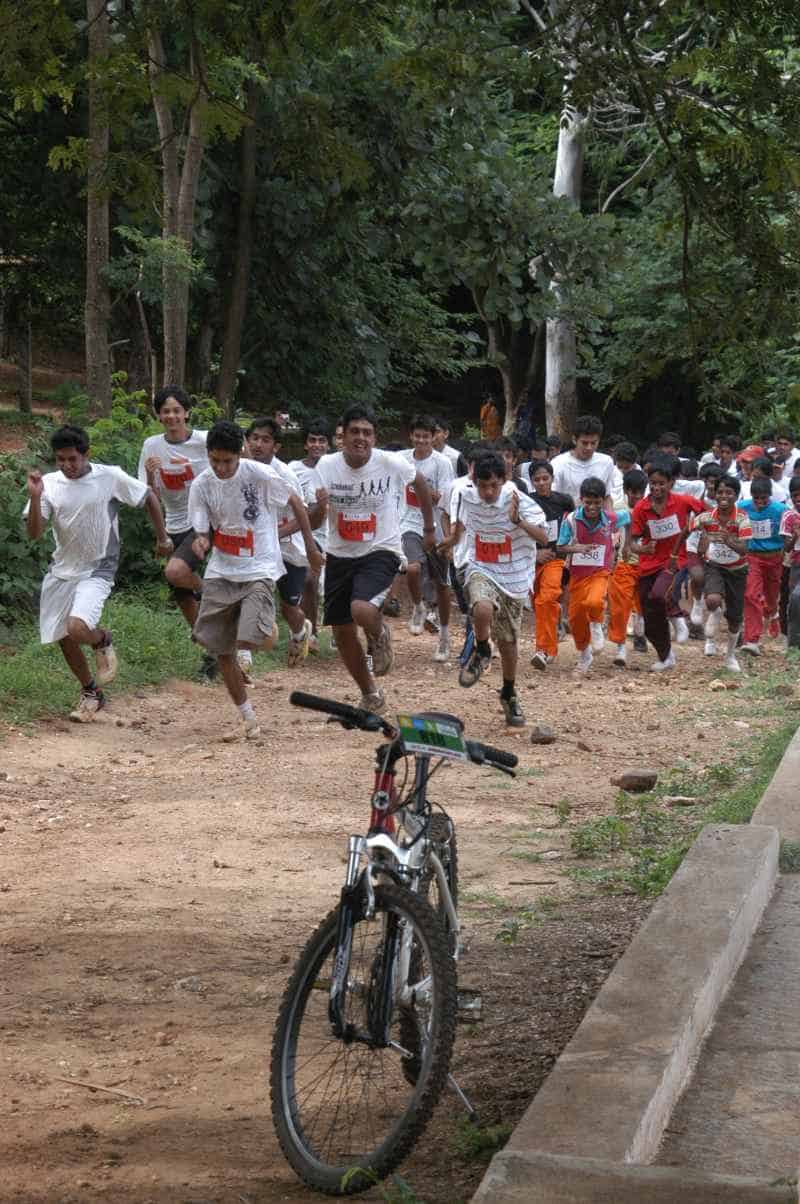 Team Asha 8K run is primarily aimed at creating awareness of Asha and its fund raising activities through marathons. The proceeds from the run will be used to support Asha projects. Currently Asha, Bangalore chapter supports six schools – Sita School in Silvepura, Thulir in Dharmapuri district of Tamilnadu, Government schools in Chandranagar and Kumaraswamy layout, Bangalore, Asha-Ballia NFE centres in Ballia in UP, N Muthyalappa fellowship in Timbaktu, Andhra Pradesh and Chaitanya in Chitradurga district of Karnataka.

The planning and distribution of work happened over breakfasts and dinners accompanied by non-stop laughter. Valley school on Kanakapura road offered their beautiful campus for the event and we had around 300 runners registered for the event. This was extremely encouraging, considering that it was completely a volunteer-led event and the third running event in Bangalore in as many weeks after sunfeast 10 K and BSA duathlon.

Keeping in with the spirit of Valley School and Asha’s community spirit, no prizes were given and team running was encouraged. Team running here is not really a relay but encouraging the runners of different capabilities to run together and encourage each other to finish faster. However, the runner who came first surprised everyone with a sixteen minute 4K finish (K refers to a kilometre). The participants was of diverse backgrounds and included regular fitness enthusiasts, children and parents. A highly traditionally dressed gentleman with dhoti, jubba and adorned with nama (forehead mark) was the center of attraction in the run.

Creativity ruled the event. Children and teachers stood at various places cheering and helping the runners. Some took leisurely walks in the surroundings enjoying the scenery while some others ran more loops after finishing the 8K. 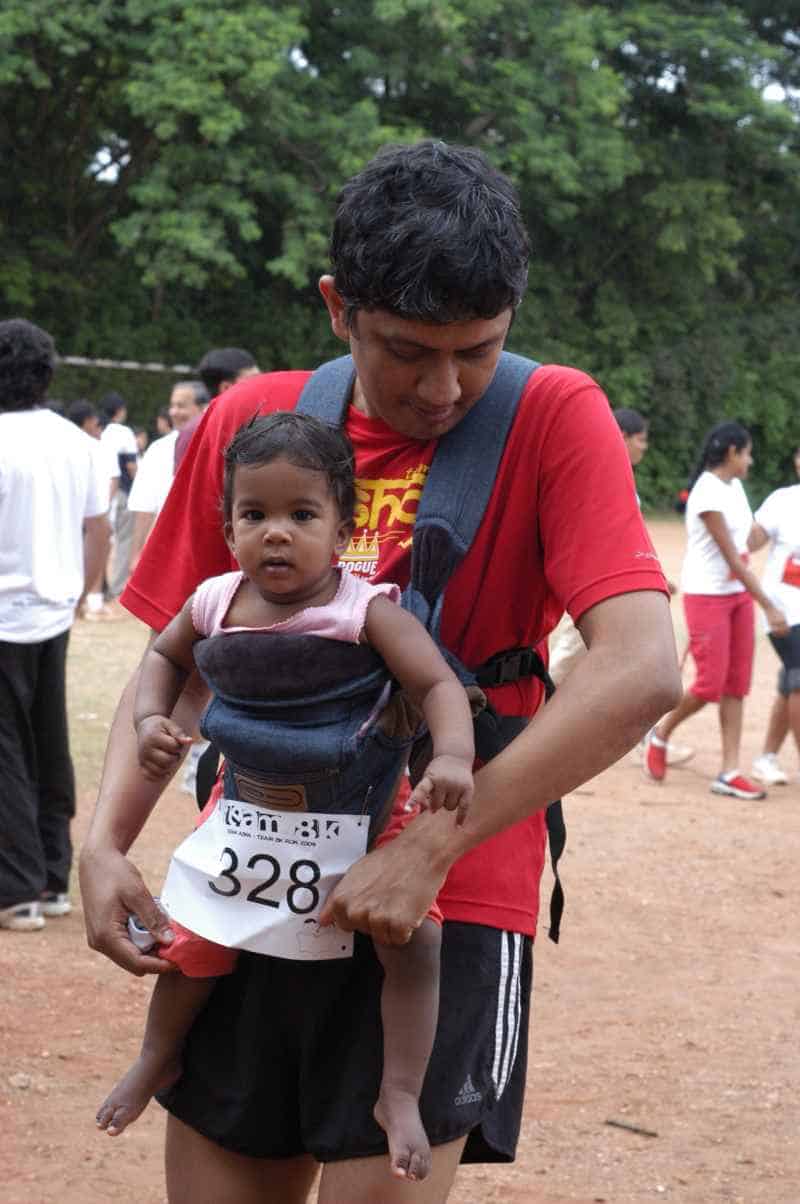 Students from Prakriya, a school on Sarjapur Road (where children learn from metaphors of nature), Ananya (a residential alternate school for underprivileged children), Thulir (an educational resource center for village children in Tamilnadu) and the Valley School bonded well with each other. Balasubramanian Anand (Balu) a techie, and one of most enthusiastic Asha volunteers feels that these interactions give him immense satisfaction especially coaching and celebrating with kids and bonding with other volunteers.

Narmada Gopinandan who took up running after volunteering with Asha feels the Marathon coaching program for volunteers was a great motivation for her to run and get in shape while contributing for a cause. A business analyst with an MNC, she feels these activities re-charge her and give her a sense of belonging to a community.

Many runners who participated echoed similar sentiments. I feel it is a great way to accomplish three things in one go, fitness of the body, mind and soul. It’s like jumping to the top of the Maslow’s pyramid.

About Manjula Sridhar 3 Articles
The author has not yet added any personal or biographical info to her or his author profile.

College fest isn’t just an occasion to show off your artistic side anymore. It is a full blown, almost commercialised event, managed very professionally with corporate sponsors and media partners.

Sanjeev Dyamannavar who has been pushing for commuter rail is among the winners of the award that recognises people who fight for the city.

Volunteers take up a project to support computer education for underprivileged children at two NGOs.