The participants in their golden age put on their running shoes and impressed one and all, with their enthusiasm and stamina. It was an ordinary lazy Sunday morning but the bright spirit of the "silvers" added cheer to the Kanteerava Stadium on the morning of 31st May. 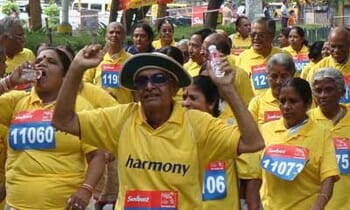 Harmony for Silvers Foundation, a Mumbai based non-governmental organisation conducted the run for senior citizens under the umbrella of the Sunfeast 10 K run. An initiative of the Dhirubhai Ambani Memorial Trust, it was founded in 2004 by Tina Anil Ambani, and working to enhance the quality of life of the elderly in India.

As part of the big event, a separate stretch of four kilometres was dedicated to the senior citizens so that they could run for fun. Ganesh, the Kannada actor was also present at the event to cheer the crowd.

Sunday morning saw 1446 senior citizens from all over Bangalore dressed in yellow T- shirts. Some were running, some were walking briskly, while a few strolled at a gentle pace, yet they all looked happy. Many participants were cracking jokes and singing. One could see that they were having a great time.

Their enthusiasm was unparalleled. In fact, Col. Anand Kr Sachdeva from Harmony informed that 94 year old Krishnappa from Unity Laughter Club, Jayanagar was the oldest participant .

Last year, too, Bangalore had witnessed ‘Harmony Senior Citizen Run’. "Our aim is to make citizens aware of Harmony," said Col. Anand Kr Sachdeva, organiser from Harmony. "Old parents are alone the whole day. They need some fun to bring them out. They (get to) meet a lot of people and such events are good for their physical fitness." 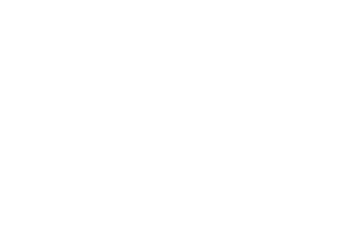 Participant leaving for home after the run (pic: Monika Monalisa)

T K Jagannathan, a resident of JP Nagar 6th Phase and one of the more than 300 participants from south Bangalore echoed the thought. "It was an excellent experience. One thousand and four hundred people under one umbrella was fun to watch. There was this 84 year old lady who participated in the event. When I see these kinds of people I get lots of inspiration."

"It was a very satisfactory event. I felt really nice walking after so many days. It was kind of a get-together for me," said Vijaya Bhat, a 51 year old housewife. "Last year it started a little late but this time everything was on time and well managed."

The event was conducted smoothly. Along with refreshments, volunteers and an ambulance were kept ready to offer assistance in case of an emergency.

K K Luthria echoes Vijaya’s sentiment. "It was very well conducted. Hats off to the logistics." The 52 year old retired senior manager, Reserve Bank of India and resident of JP Nagar 2nd Stage, was also a participant in last year’s run." I generally walk four kilometres a day but I am happy this time I managed to hit six kilometres," he added with a proud smile. He further adds, "Reliance Communication has taken a very nice initiative. It promoted the togetherness amongst people."

The organisers also conducted games and lucky draws to keep the spirit of the event high. "Last time I was lucky but this time I was not," said Vijaya Bhat with a smile.

Bangalore might be known for its youth culture but its silver spirit cannot go unnoticed!

About Monika Monalisa 2 Articles
The author has not yet added any personal or biographical info to her or his author profile.
About Priyanjali Ghose 7 Articles
Priyanjali Ghose is a recent gradutae from the Indian Institute of Journalism & New Media

Evictions: The harsh reality of migrants in Bengaluru’s slums

Close to 5,000 migrant workers living in slums are in the threat of getting evicted, while the court is not yet convinced that they should be. What is it all about? A series on migration begins with this article.

Bengalureans are dealing with a range of problems arising from the lockdown – rising food prices, restrictions in accessing essential commodities, job insecurity and difficulty paying rent. Read the updates on these issues, in our weekly roundup.