After hanging fire for years, it appears that the National Gallery of Modern Art will open at Bangalore before the end of June. Talking to Citizen Matters, I M Vittal Murthy, Principal Secretary at the Karnataka’s Department of Kannada and Culture said that New Delhi had committed this to the state government. 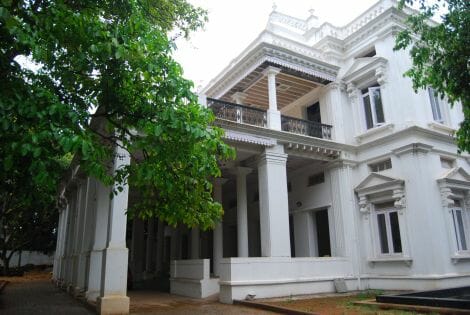 A saga that tells its own story

Most citizens may not know that for several years now, this prestigious gallery was to open at Bangalore, as the southern regional centre and a counterpart to the NGMA in Delhi. As early as 1985, following persistent efforts by sections of the art fraternity of Bangalore, Chiranjeev Singh, Culture Secretary, Karnataka, initiated the process by talking to Dr Anis Farooqi, the then Director of National Gallery for Modern Art, New Delhi (NGMA).

Some of the most prominent Indian contemporary artists in Bangalore dared to dream this dream 20 years ago. The dream had a wide canvas, with bold strokes in vibrant colours visualising Bangalore as the city for the connoisseurs of modern art, where works of modern art from across India would find a place to be housed, exhibited, documented, researched, debated and just enjoyed. But a series of lost opportunities, squandered public resources, and government apathy have come in the way.

Many governments and culture secretaries later, the dream almost came true in 2000-01, when NGMA-New Delhi identified Bangalore as worthy to house its regional centre in the South. An old spacious building called Manikyavelu Mansion spread over 3 acres on Palace Road was acquired by the Government of Karnataka and handed over to the Delhi office for development. This was also thanks to sustained efforts by a group of artists to locate a possible venue. A committee of experts comprising artists and administrators was also set up in Bangalore to offer advice and oversee its progress.

Architects Venkaramanan Associates were given the contract of remodeling converting the building into a gallery of art. According to NGMA’s official website, the Culture Ministry at New Delhi earmarked about Rs.8 crores for this venture. NGMA visualised the Bangalore centre as more than a museum. Its plans were to house works of art, more on the lines of art galleries of the west with scope for public interaction encompassing art studies, research, exhibitions, workshops and seminars. It was supposed to NGMA’s showpiece.

But all the while, Bangalore’s art fraternity was unhappy for the lackadaisical manner in which the whole issue was handled, right from the appointment of the advisory committee to the selection of the architects and the first sketch of the upcoming building drawn up by them. Indeed this was covered in the media a few years back. The gallery was to see the light of day in 2004.

Rs.30 lakhs rent per year, no gallery yet

A cursory look at the site reveals huge premises with a large building towards the back revealing no sign of activity in its cavernous interiors. Upon closer examination, the huge structure, with its sweeping staircases, little niches, expansive halls and a grand auditorium, looks very promising as one pictures it buzzing with art-charged activity.

But the mention of this inordinately delayed grand venture elicits expressions of anger, derision, dejection, and cynicism among the art fraternity.

"I see no reason for this extended delay," says S G Vasudev, the prominent contemporary artist of international repute who was foremost among the group of artists who initiated this process a long time ago. "The artists of Bangalore would like to know what is happening." Money, he feels, couldn’t be the issue, as the Culture Ministry has no dearth of funds. He wonders why the work, which is said to be about 90 per cent complete, cannot be speeded up so that the NGMA can start functioning in the near future.

The Ministry of Culture, Karnataka has been paying a rent of Rs.30 lakhs of taxpayers money per annum to the Housing Board since 2001 when the building was taken over for the NGMA. At the same time, the premises have been leased to the NGMA for 30 years for a nominal amount. Secretary Murthy agreed that it was a matter of concern that despite this expenditure, the gallery has still not opened for the city. Many artists feel that the large amount of money spent over the past seven years by the state’s culture department could have been used for better purposes – perhaps a state art gallery that could have been in place by now.

The sentiment was echoed by senior artists Bhaskar Rao and Chandranath. "We were invited to a video presentation on the proposed design and status of the construction about three years ago, though, and our suggestions were received in good spirit by the architects" says Rao, "but after that there has been no intimation on anything. We had demanded for a committee of local artists to be formed, but it was ignored by NGMA," he says. That presentation, too, was initiated by a private organisation (Design Friday), not the NGMA or the state government.

The players in the project are the Ministries of Culture at the Government of Karnataka and New Delhi, NGMA-New Delhi, architects Venkataramanan Associates and the CPWD which is in charge of executing the construction work. NGMA-New Delhi headed by Professor Rajeev Lochan, the Director. The delay is largely believed to be due to procedural and administrative issues among all of them.

All roads lead to New Delhi

An artist employed in the state’s Culture Ministry who requested anonymity says that people at the Ministry as well as the artists of Bangalore are optimistic about the present Culture Secretary at New Delhi, Dr Abhijit Sengupta. "As he is from the Karnataka cadre, he has taken personal interest in the whole thing, and has assured the artists that he will ensure its completion" says the insider.

An official from the state’s Culture Ministry on duty at the site, wasn’t so enthusiastic "You know how things work in the government, Madam" he says. "Also, there was trouble between the CPWD and the Architects, I think. That is why all the delay. You should ask the Delhi office. Why don’t you call up Rajeev Lochan, the Director? Even we will be grateful for some news." He also did not want to be named.

Naresh Narasimhan, Principal Architect, Ventakaramanan Associates, contradicted the allegations of the ministry official stating that there never was any difference of opinion at any time between them and the CPWD. "NGMA is our client. The CPWD is the project management/implementation agency appointed by the NGMA. The facility was completed as per the sanctioned budget and approved design as of last year, and our dues have been settled," he says.

However some works — special lighting, interior furniture etc., — not included in their scope or budget, it still incomplete. The firm has submitted a separate design and estimate to NGMA, who is likely to appoint a director/curator and operationalise the gallery. Narasimhan also drew blank on when the gallery will be ready, and pointed to New Delhi like the others. "Only the Director Rajeev Lochan can tell you that," he says.

C Chinnaswamy, Chief Engineer, South Zone, CPWD glossed over the whole delay issue. "We are working on it," he said glibly. "Only a few jobs like fixing of the doors and interior furnishing is left, that’s all. It should be complete within six months." He also deferred to New Delhi.

Bangalore-based Dr Rehana Shah is the Officer on Special Duty from the Ministry of Culture, who has been overseeing the work at the site. "I took over in 2004 when the work was barely initiated, and since then about 90 per cent of the work has been accomplished. I am doing what I can, but don’t orders have to come from Delhi? I am only supervising things here," she says, and also pointed off to New Delhi.

Citizen Matters queried Professor Lochan, the Director at NGMA on the status of the gallery. "I shall forward it to the Ministry of Culture as well, and you shall get your answers," was all Lochan would say initially. Respond to a pointed question on where the delay was, he hinted that the ball was in Sengupta’s court, at the Ministry itself, and not with the NGMA. When asked whether he had a timeline in mind on when he would, as Director of NGMA, like to see the Bangalore gallery opened, he refused to comment.

Sengupta could not reached from comment, despite several attempts.

Murthy says that Sengupta was in Bangalore in December and met with him and an advisor to the governor. "Karnataka wanted the NGMA to be opened by end of March itself and Dr Sengupta had agreed to opening NGMA by end of June," he says, adding that the state government has insisted that New Delhi follow through on its commitment.

The ball is now in New Delhi’s court. Artists themselves appear to be looking forward to a positive development soon. Vasudev believes that a strong advisory committee, as well a full-time administrator for the Bangalore centre, need to be appointed urgently to get things going as soon as the facility is ready. "This centre should not to be looked upon as a mere extension of the NGMA in Delhi," he says. "It should also develop its own character, with a special focus on artists and art activities of the region it is supposed to serve." ⊕

Bommanahalli: It’s going to be a tough electoral fight

Though Bommanahalli MLA is approachable, he did little to solve the problems, say residents. The urbane Ashwin Mahesh and Congress loyalist Nagabhooshana Reddy are taking him on this time.